“When I was a boy of 14, my father was so ignorant I could hardly stand to have the old man around.
But when I got to be 21, I was astonished at how much the old man had learned in seven years.” (Mark Twain)

Father’s day has come and gone recently and it brought to mind the profound influence on Beth Carter’s sculpture of her dad.
She talks candidly about this throughout our new short film. I particularly like the way that Beth was making work with minotaurs, and assorted hybrids and shape-shifters well before the link to her father became apparent to her. 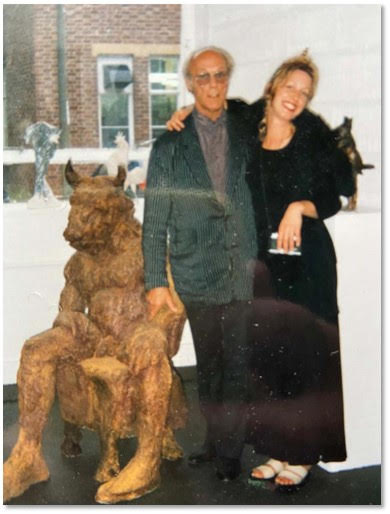 For those who have not yet viewed the film, please click the YouTube link here
It is also on IGTV here.

I would go along with Umberto Eco who remarked that ‘what we become depends on what our fathers teach us at odd moments, when they aren’t trying to teach us. We are formed by little scraps of wisdom.’

For myself there is only one poem to choose when thinking about my father.
Quoted below with apologies for more local bias.

Seamus Heaney spent the last part of his life near to where this photo was taken, in County Donegal.
Bonus points for identification of the car (mid 1970s)!! 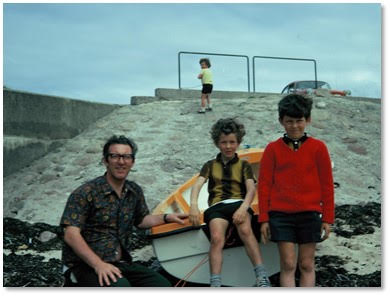 Between my finger and my thumb
The squat pen rests; snug as a gun.

Under my window, a clean rasping sound
When the spade sinks into gravelly ground:
My father, digging. I look down

Till his straining rump among the flowerbeds
Bends low, comes up twenty years away
Stooping in rhythm through potato drills
Where he was digging.

The coarse boot nestled on the lug, the shaft
Against the inside knee was levered firmly.
He rooted out tall tops, buried the bright edge deep
To scatter new potatoes that we picked,
Loving their cool hardness in our hands.

By God, the old man could handle a spade.
Just like his old man.

My grandfather cut more turf in a day
Than any other man on Toner’s bog.
Once I carried him milk in a bottle
Corked sloppily with paper. He straightened up
To drink it, then fell to right away
Nicking and slicing neatly, heaving sods
Over his shoulder, going down and down
For the good turf. Digging.

The cold smell of potato mould, the squelch and slap
Of soggy peat, the curt cuts of an edge
Through living roots awaken in my head.
But I’ve no spade to follow men like them.

Between my finger and my thumb
The squat pen rests.
I’ll dig with it.

There is a collection of over 40 of Beth’s sculptures placed all around the gallery. The show runs until 28 August.
We can do zoom calls, Whatsapp videos and provide additional photographs on request.

Thanks again for reading.