With the latest bout of heat still fresh in the mind I thought it may be wise to have a refreshingly cool image heading this missive: 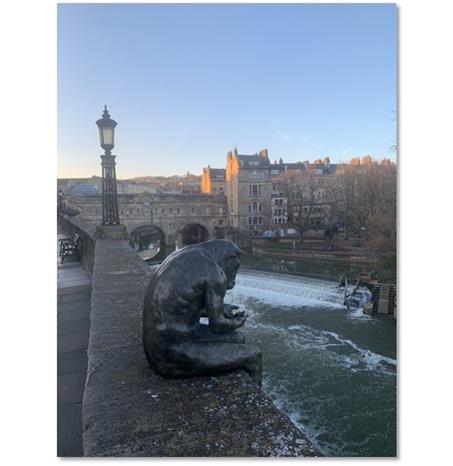 Bronze is so cool to the touch. Standing at Pulteney Weir in Bath one gets the earthy waft of the Avon from the stirrings below.
It is the ideal place for a literary minotaur to cool off, and from his vantage point he can see points being scored on one side of Bath RFC’s Recreation ground.
My guess is the minotaur is not a great fan of crowds. How the heat transforms a person is described wonderfully in these lines from L R Hartley’s ‘The Go-Between’:

And the heat was a medium which made this change of out-look possible. As a liberating power with its own laws it was outside my experience. In the heat, the commonest objects changed their nature. Walls, trees, the very ground one trod on, instead of being cool were warm to the touch: and the sense of touch is the most transfiguring of all the senses. Many things to eat and drink, which one had enjoyed because they were hot, one now shunned for the same reason. Unless restrained by ice, the butter melted. Besides altering or intensifying all smells the heat had a smell of its own – a garden smell, I called it to myself, compounded of the scents of many flowers, and odours loosened from the earth, but with something peculiar to itself which defied analysis. Sounds were fewer and seemed to come from far away, as if Nature grudged the effort. In the heat the senses, the mind, the heart, the body, all told a different tale. One felt another person, one was another person. 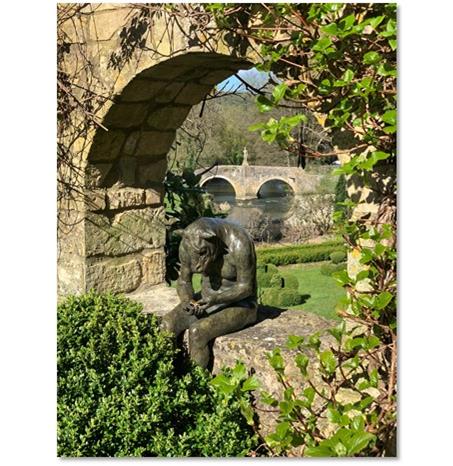 The embodiment of brute force and gentleness is threaded through Beth’s work, by way of human/animal hybrids. Innocence is often emphasised.
I love how Ted Hughes uses animals as motifs in his sparing, languorous poem ‘Heatwave’

Between Westminster and sunstruck St. Paul’s
The desert has entered the flea’s belly.

Like shut—eyed half—submerged Nile bulls
The buildings tremble with breath.

The mirage of river is so real
Bodies drift in it, and human rubbish.

Men can’t penetrate it. Till sundown
Releases its leopard

Over the roofs, and women are suddenly
Everywhere, and the walker’s bones

Melt in the coughing of great cats.

Our selection of British summer landscapes also contains paintings depicting cooling scenes from around the country, this one by Stewart Edmondson: 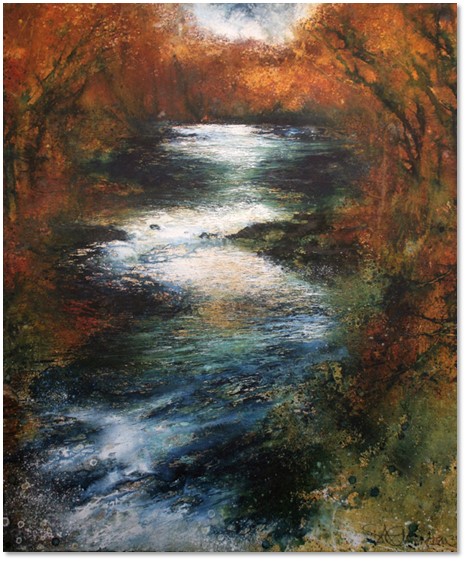 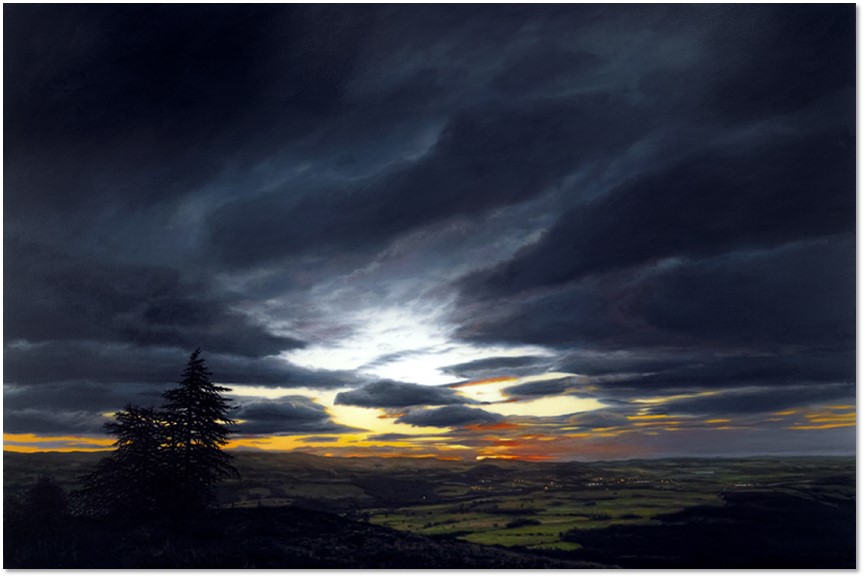 If you haven’t seen our short film on Beth Carter yet, you can view it on YouTube or on our Instagram.
Let me know what you think!

Beth’s work is on our website with images and details.

If there is anything I can do by way of further images/short bits of video footage, please let me know.

Thank you for reading.
Aidan Quinn