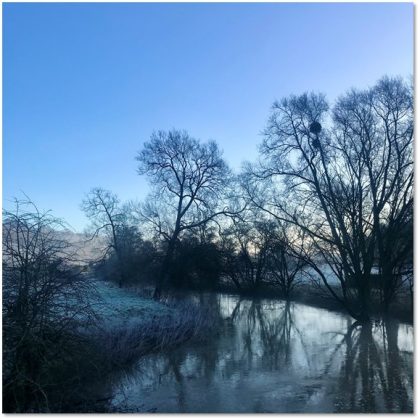 ‘As I went forth early on a still and frosty morning, the trees looked like airy creatures of darkness caught napping;
on this side huddled together, with their grey hairs streaming, in a secluded valley which the sun had not penetrated;
on that, hurrying off in Indian file along some watercourse, while the shrubs and grasses, like elves and fairies of the night, sought to hide their diminished heads in the snow’
-Henry Thoreau

To coincide with his 10th anniversary show here in March, we have released a short film on the artist Nathan Ford.
I have known Nathan for over 20 years and have loved getting to know him, working with him on his shows, his catalogues, watching his family grow and his work develop.
We are grateful to cameraman Michael Pitts, his wife Anne and son Ollie for all their hard work on this project.

Please have a look at the film and let me know what you think!!

Nathan’s show will open in 6 March and run until after Easter.

Showing with Nathan will be young British potter Matt Horne, who specialises in beautiful crystalline Glazes:

For those who didn’t know, our good friend and ceramic legend John Maltby died just before Christmas and his funeral ceremony was held at Exeter crematorium earlier this week.

Nigel Dutt’s lovely obituary for John can be found by clicking here.

He watched sleepily the flakes, silver and dark, falling obliquely against the lamplight.
The time had come for him to set out on his journey westward. Yes, the newspapers were right: snow was general all over Ireland.
It was falling on every part of the dark central plain, on the treeless hills, falling softly upon the Bog of Allen and, farther westward, softly falling into the dark mutinous Shannon waves.
It was falling, too, upon every part of the lonely churchyard on the hill where Michael Furey lay buried.
It lay thickly drifted on the crooked crosses and headstones, on the spears of the little gate, on the barren thorns.
His soul swooned slowly as he heard the snow falling faintly through the universe and faintly falling, like the descent of their last end, upon all the living and the dead.
James Joyce ‘The Dead’.