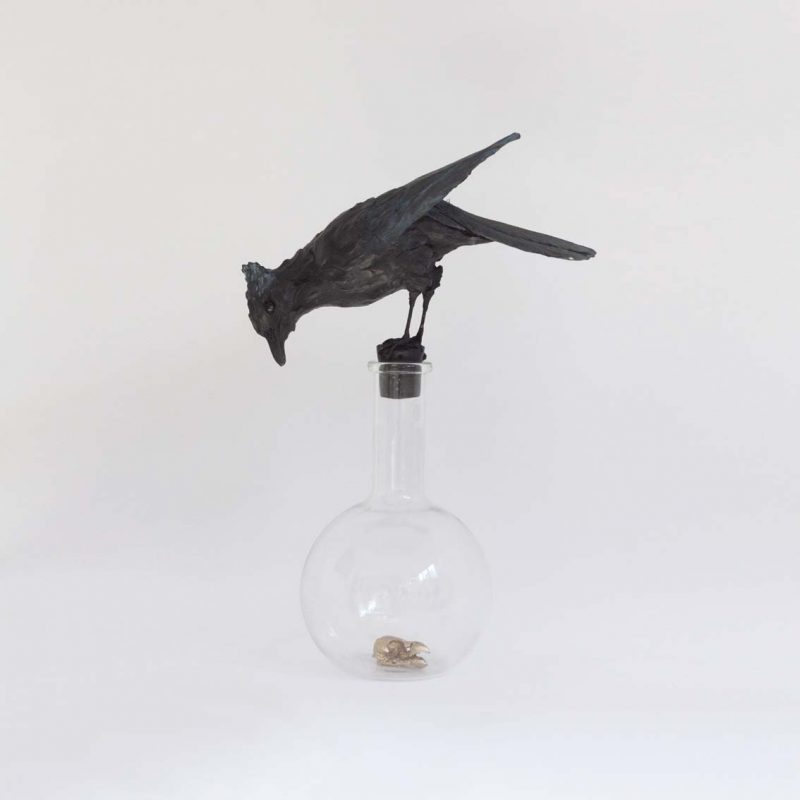 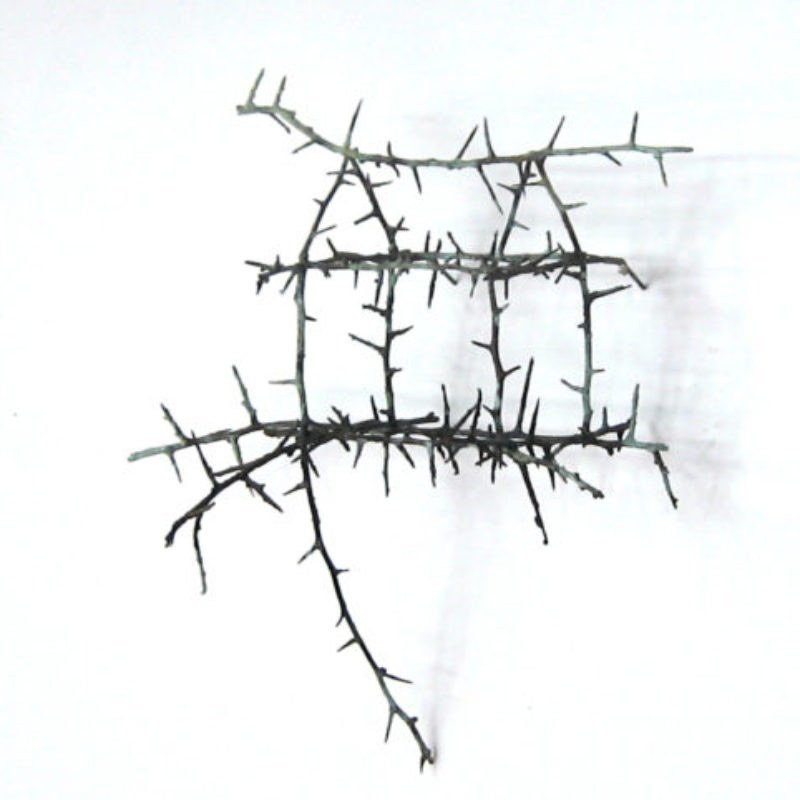 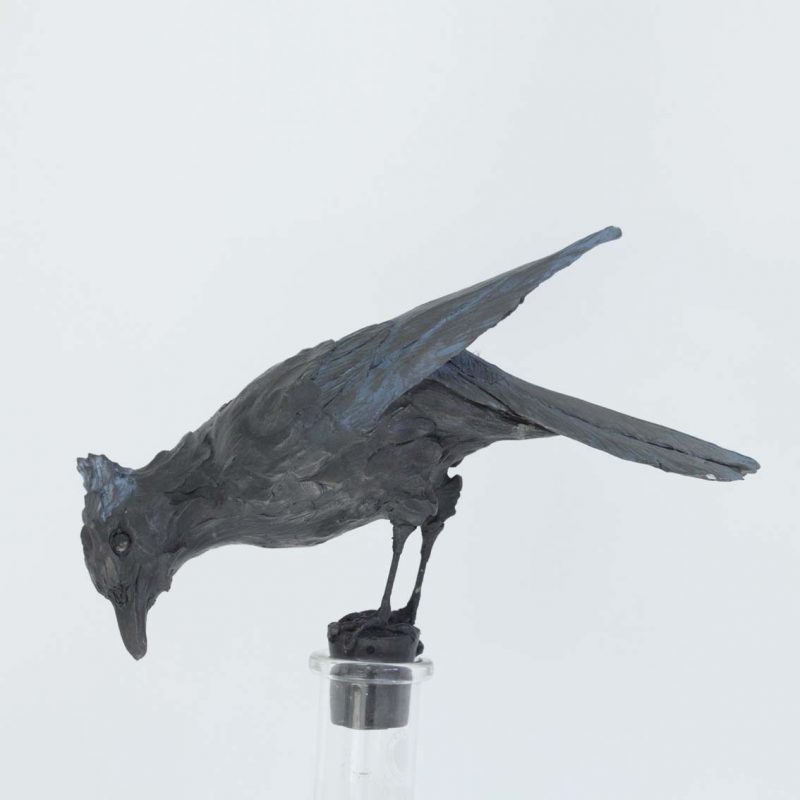 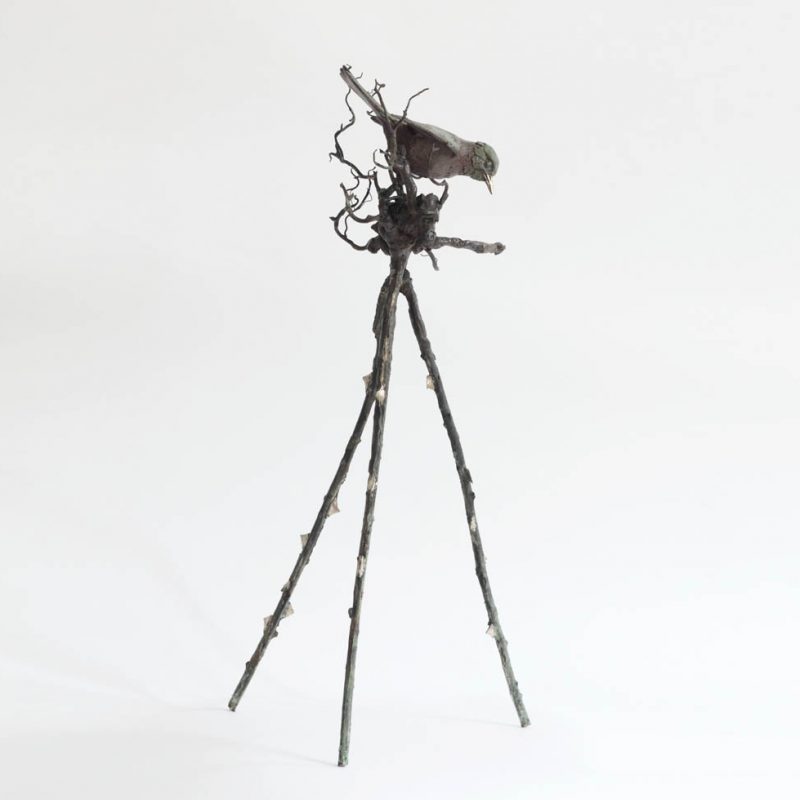 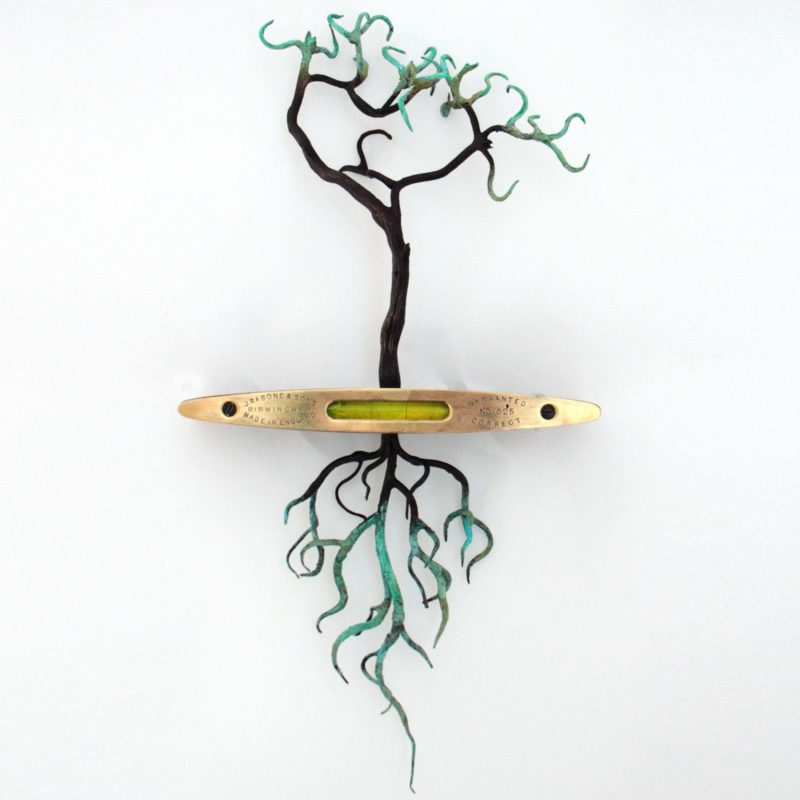 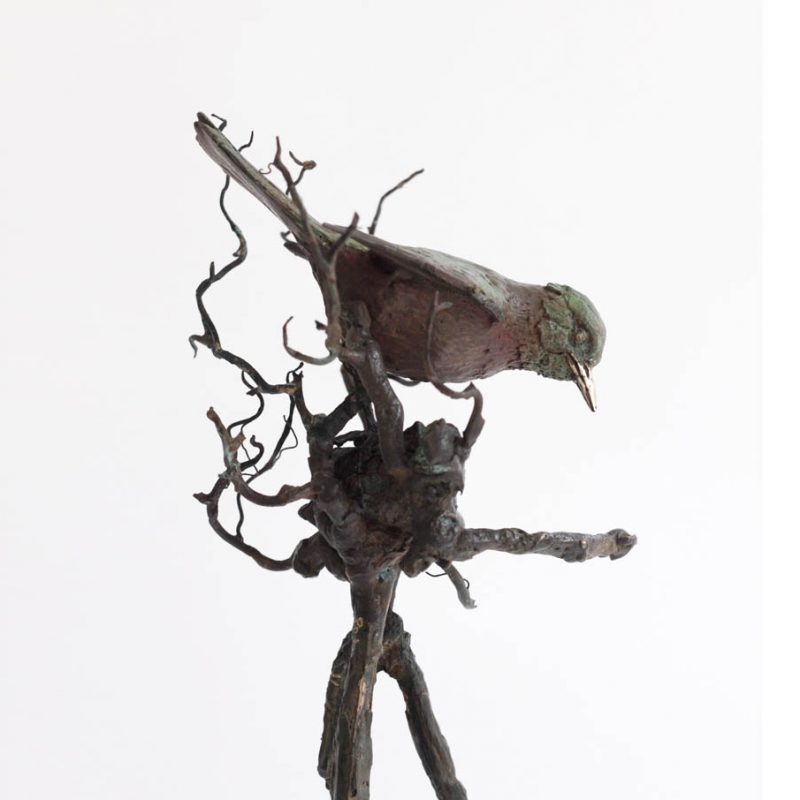 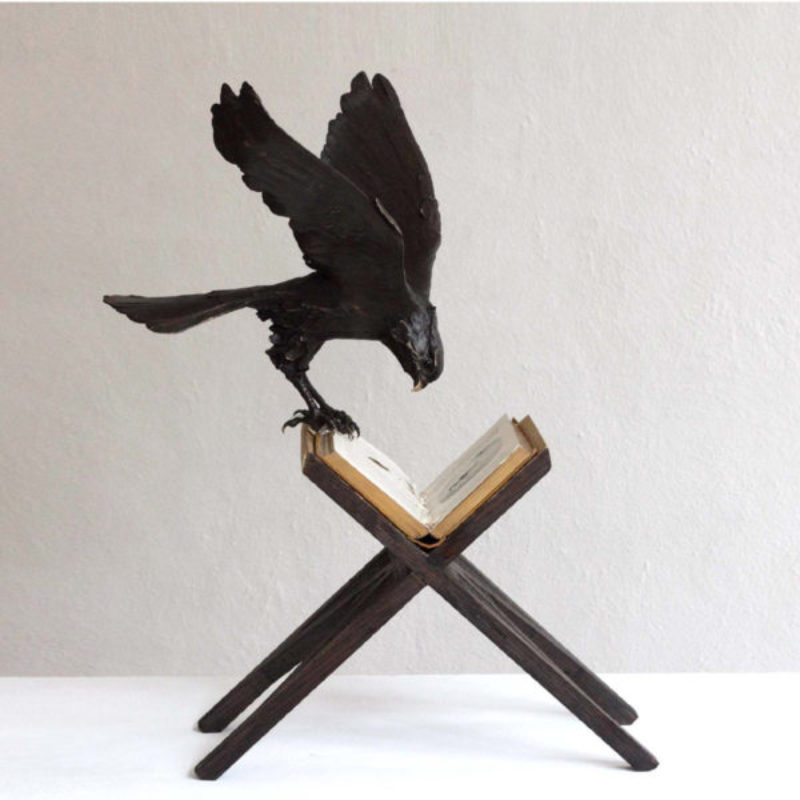 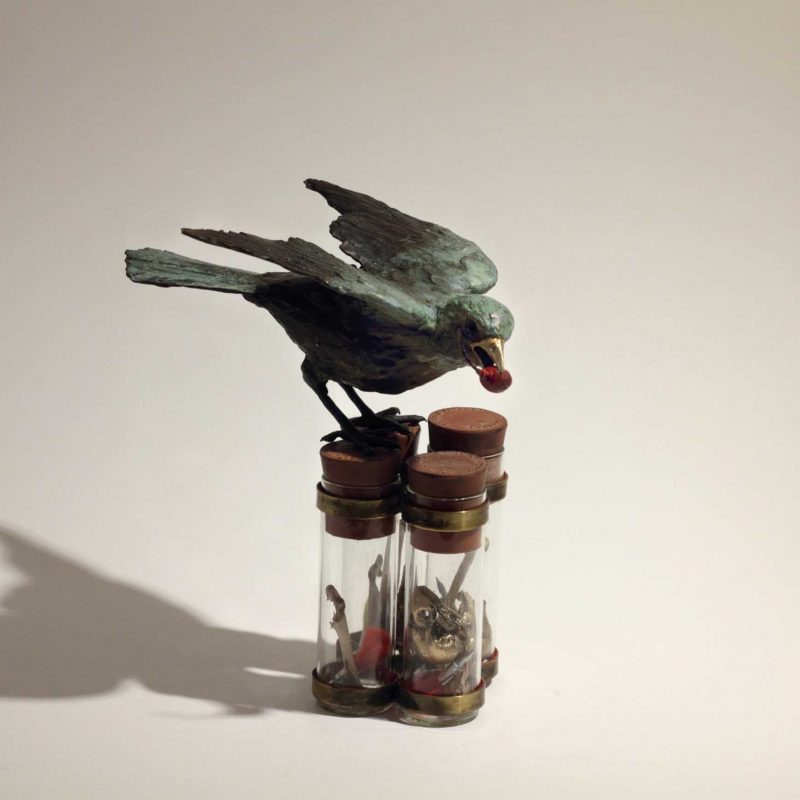 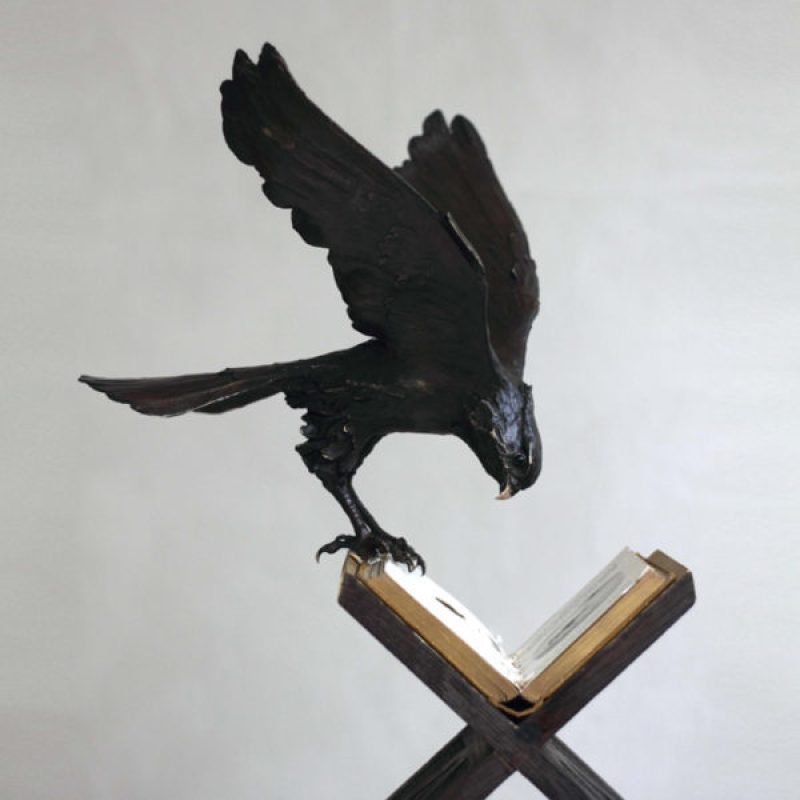 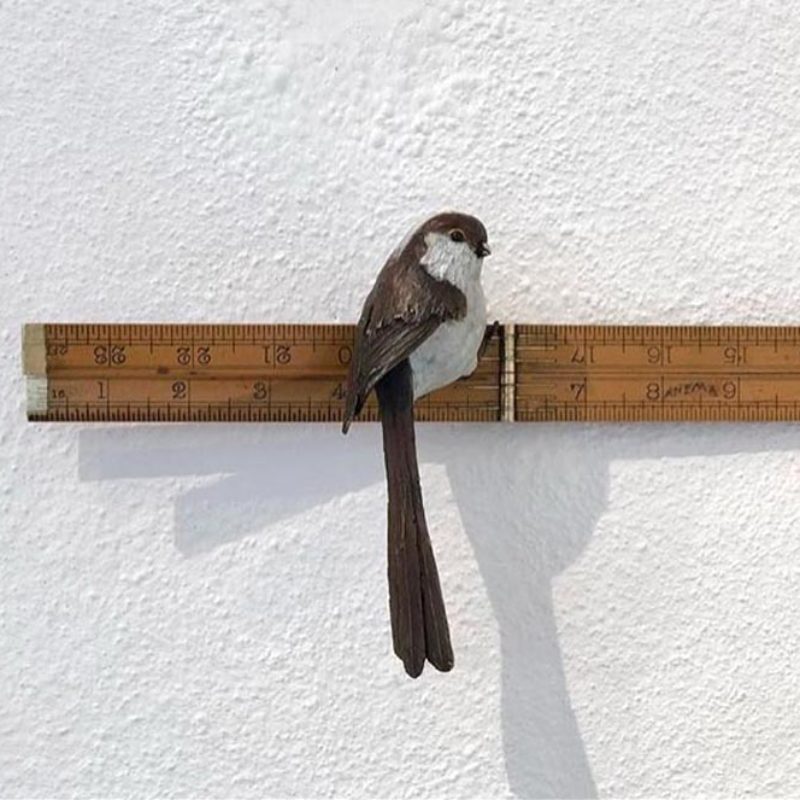 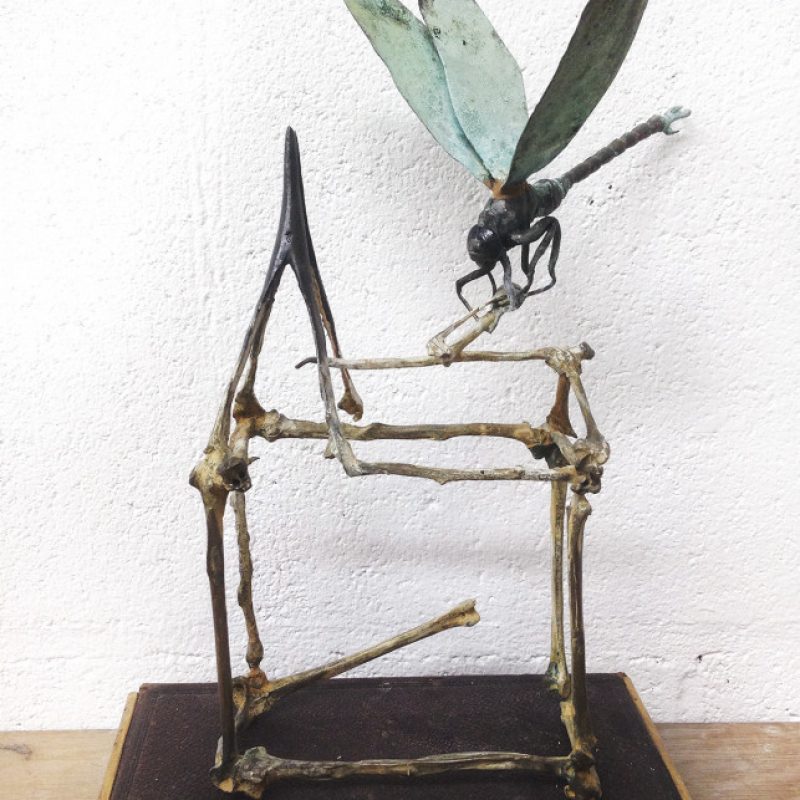 Chapel of Flight, Bronze with book ed. of 10. Sold 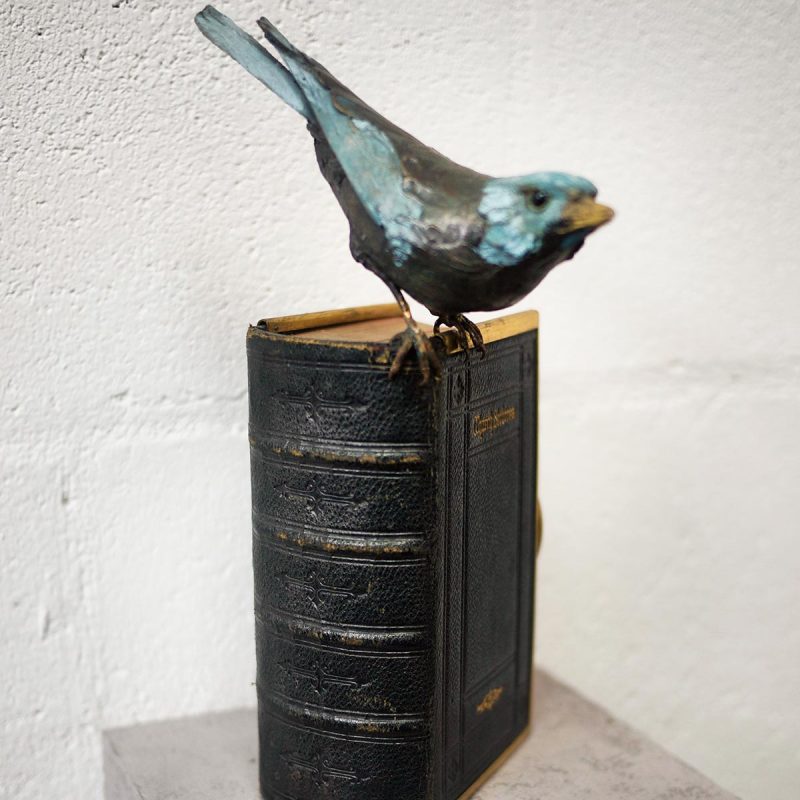 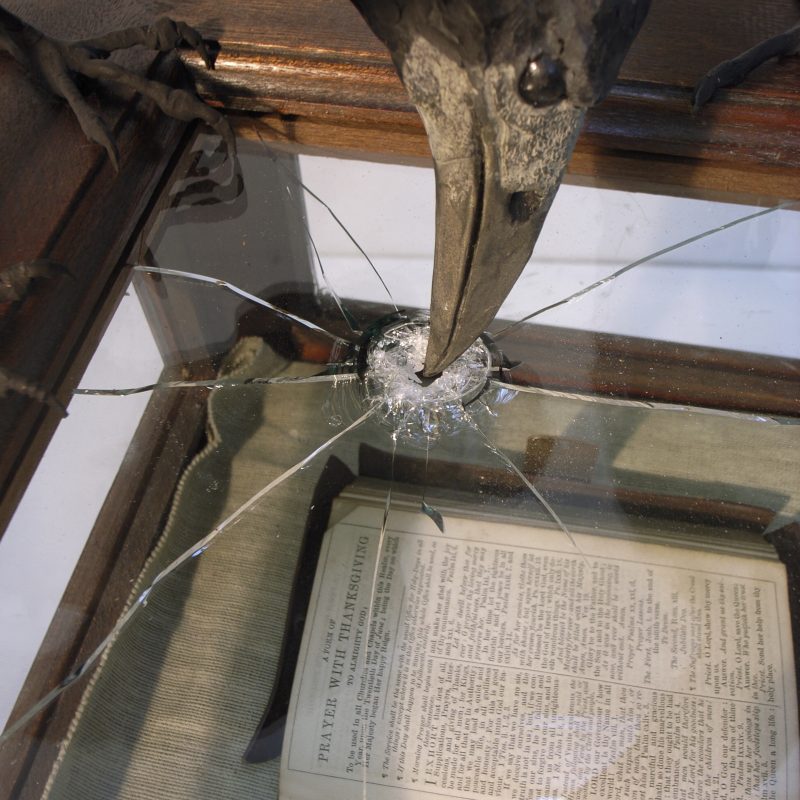 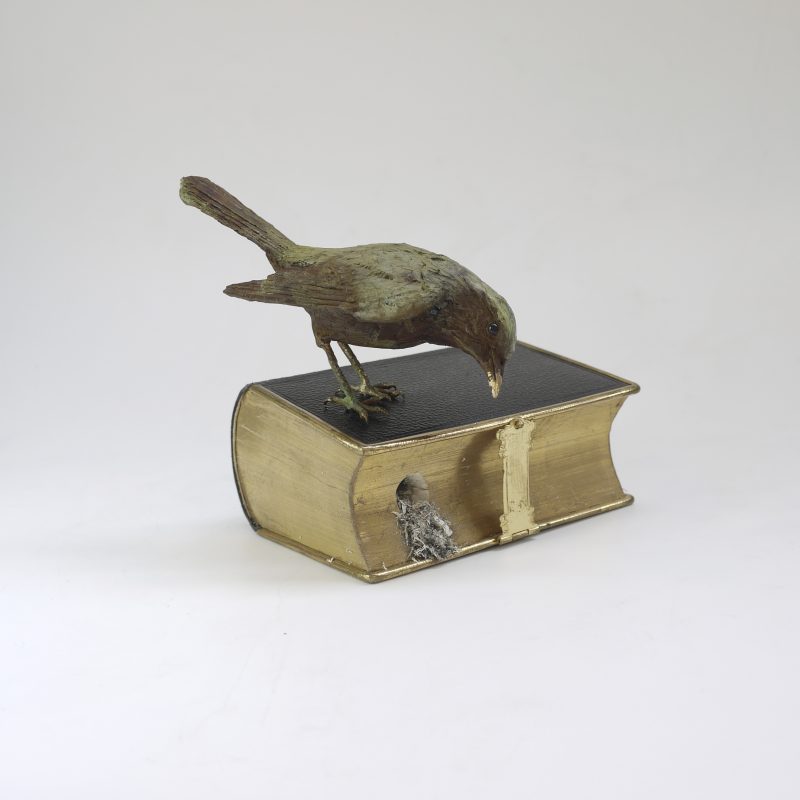 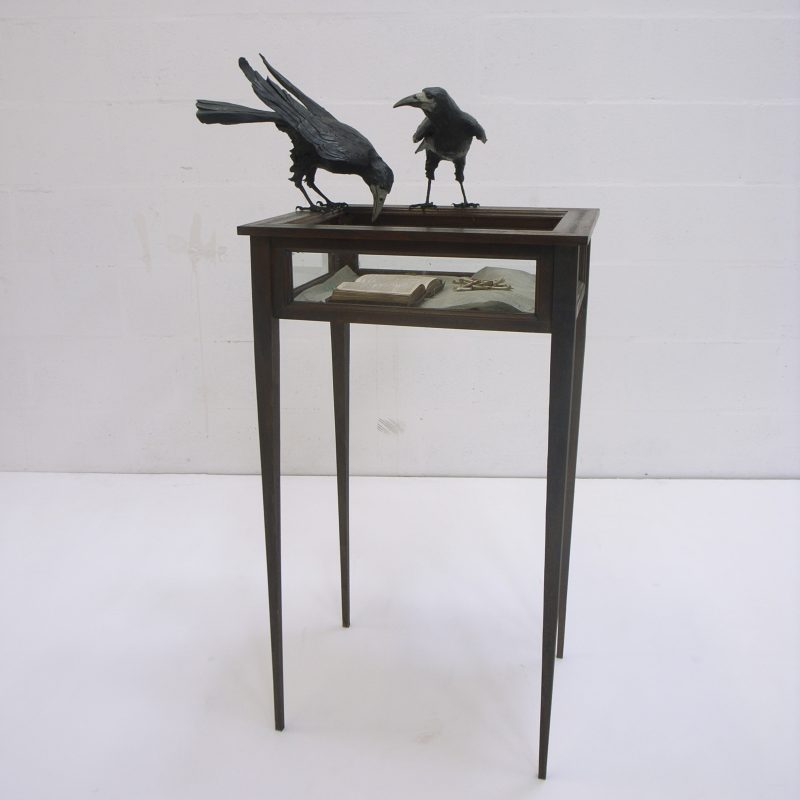 Born in Walsall in 1961, Patrick Haines undertook a Fine Art degree following a period as a horticulture student.

After graduating, he worked in film and television, gaining valuable experience as a sculptor on productions such as Spitting Image and the films of Aardman Animations.

Patrick’s sculptures explore an often unsettling alliance between the natural and the man made world. Using a diverse range of materials and found objects, his artworks reflect the relationship between nature and the confines of human society.

At first glance these unisons seem harmonious but on closer inspection reveal a disturbing narrative – interior space is colonised by insects and birds, while constructions in blackthorn and hawthorn bristle with menace. Patrick’s sculptures often hold ideas of myth and spirituality that weave subconsciously throughout his artworks.

2016
Petrichor (n) The smell of earth after the rain, Greek Street, Soho