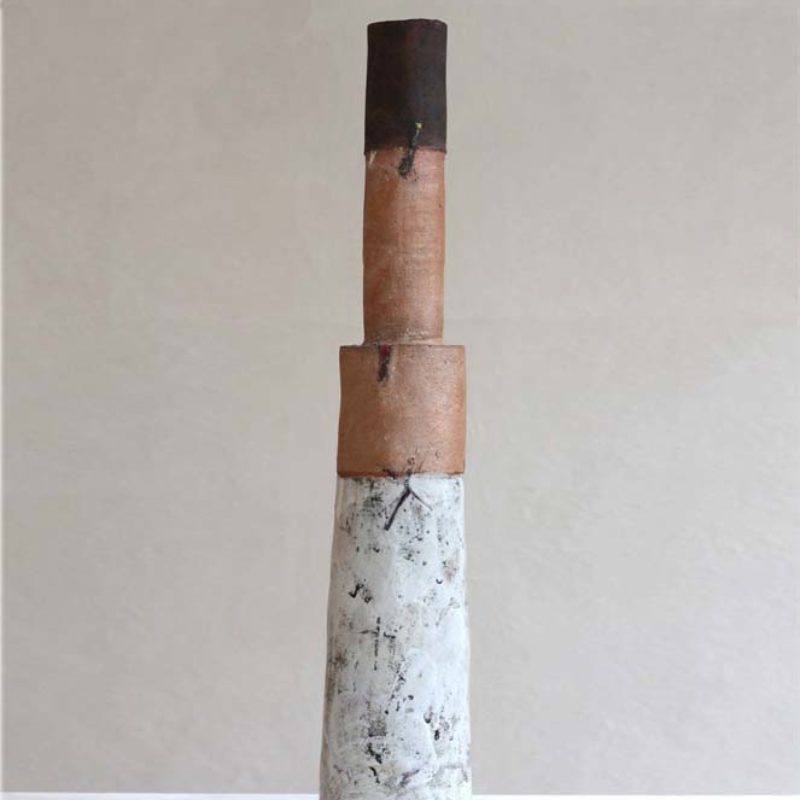 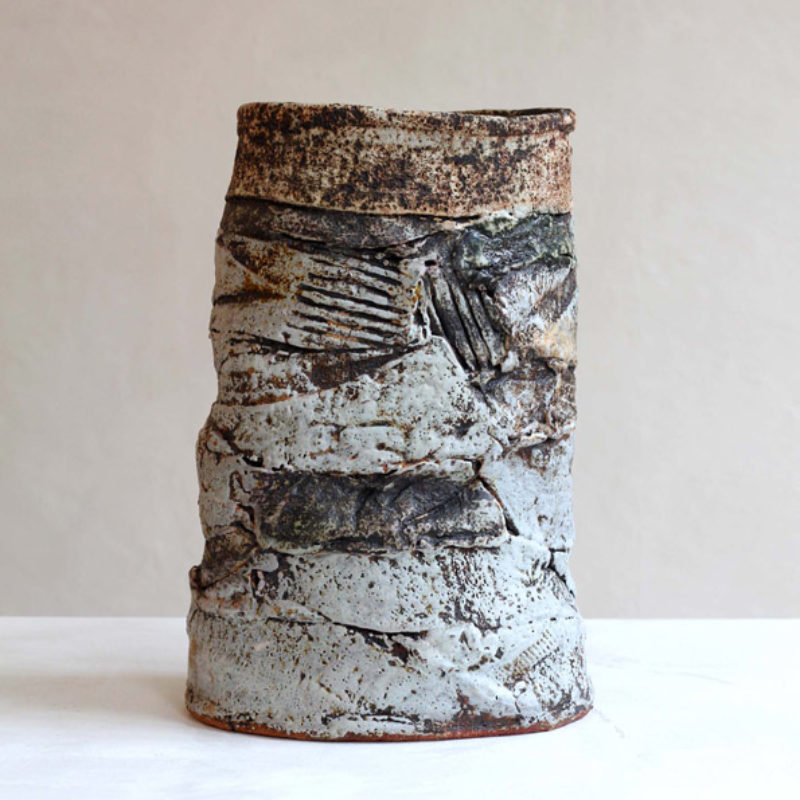 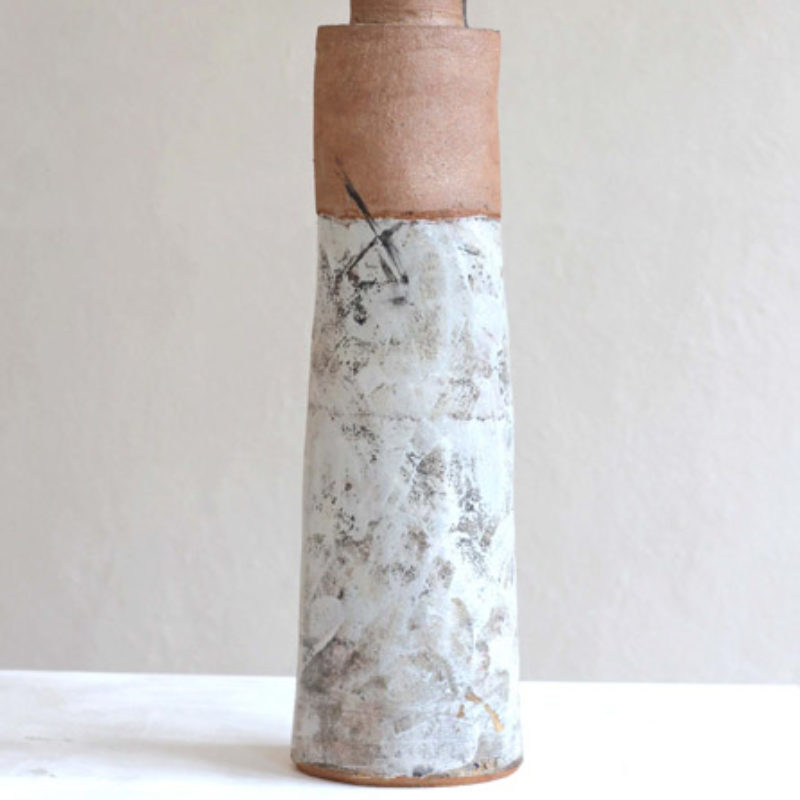 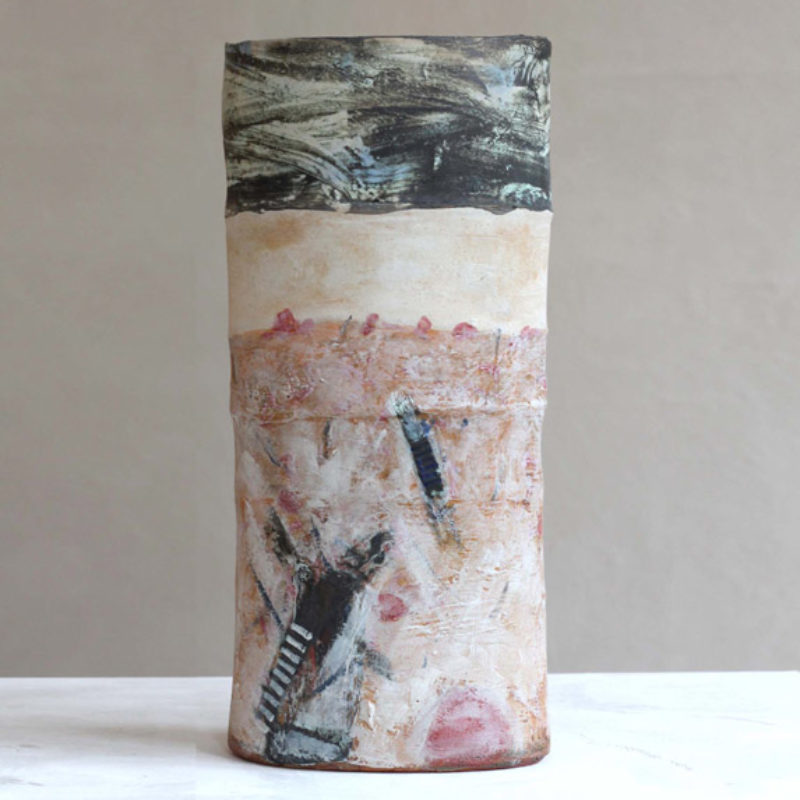 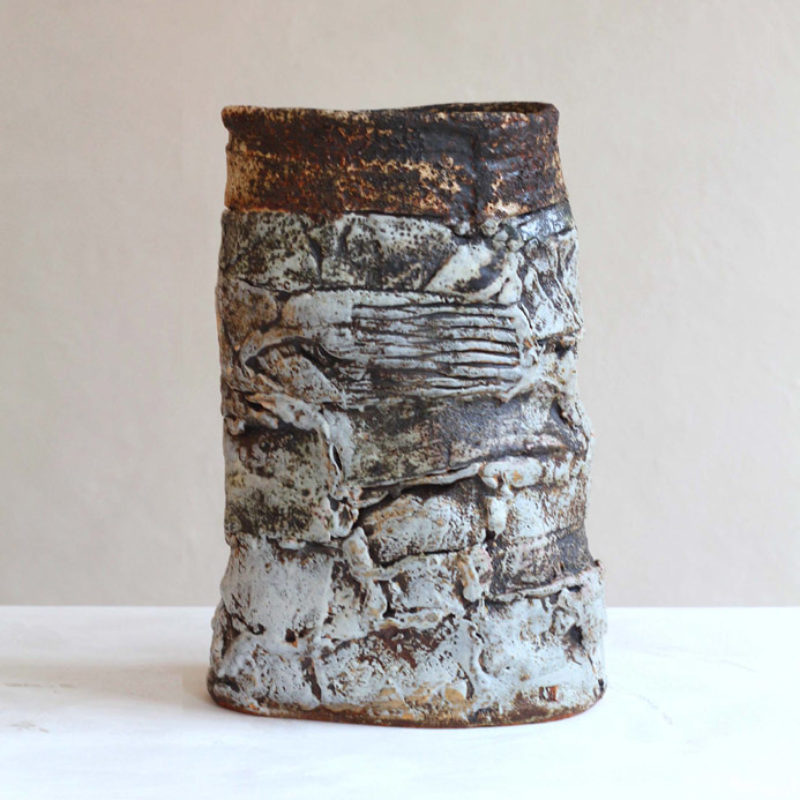 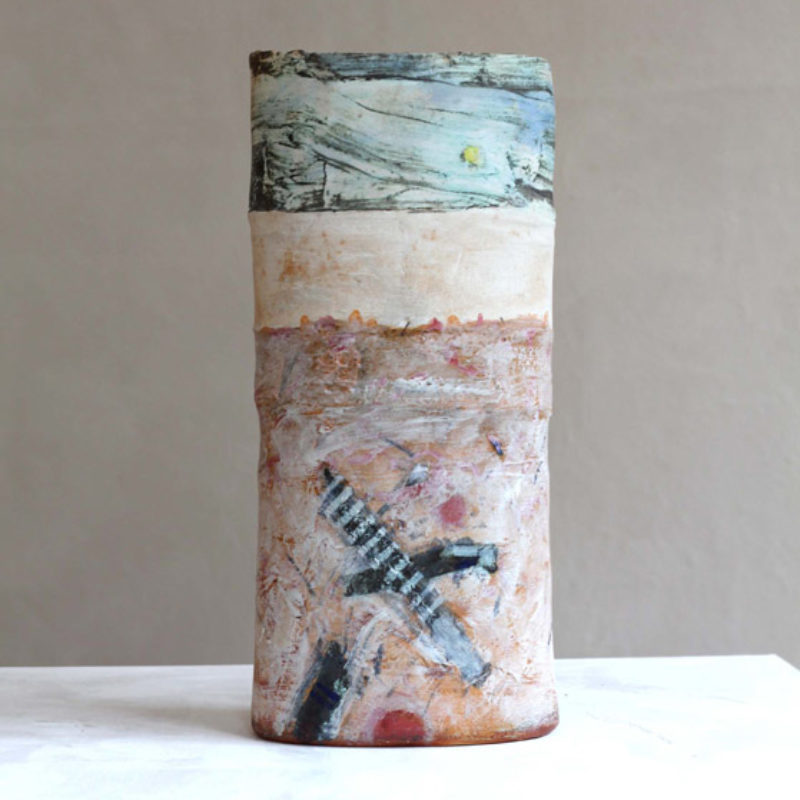 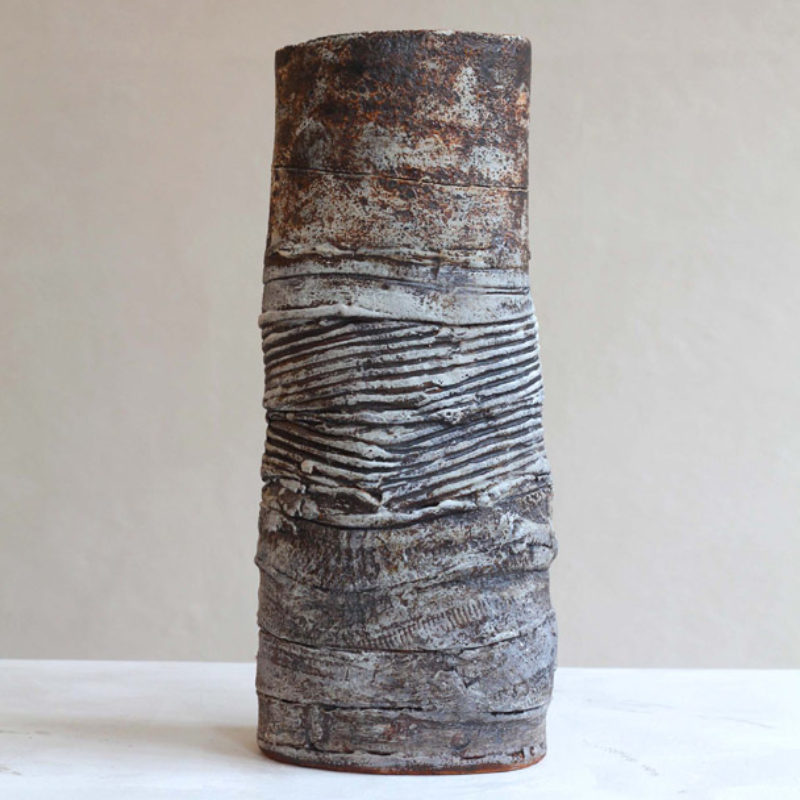 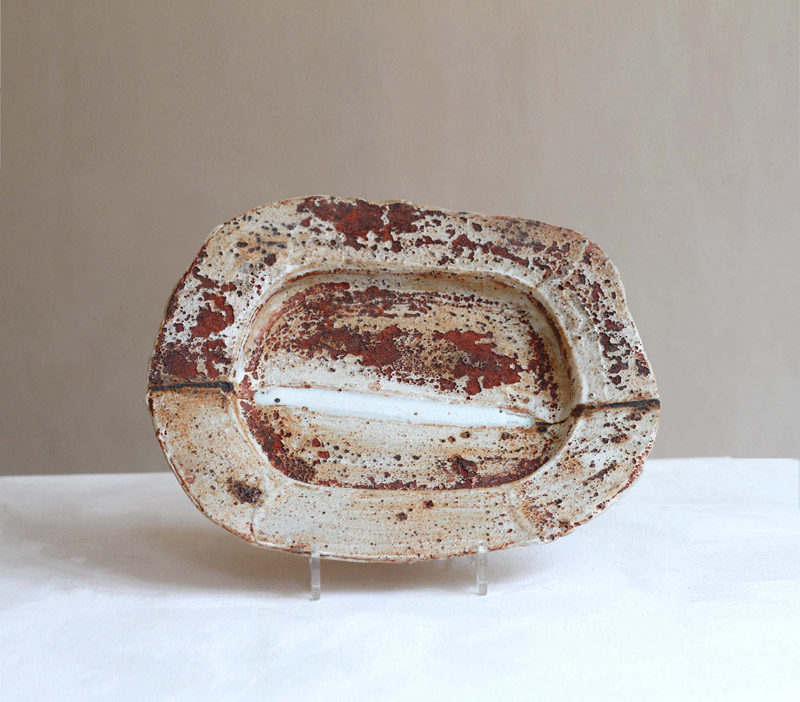 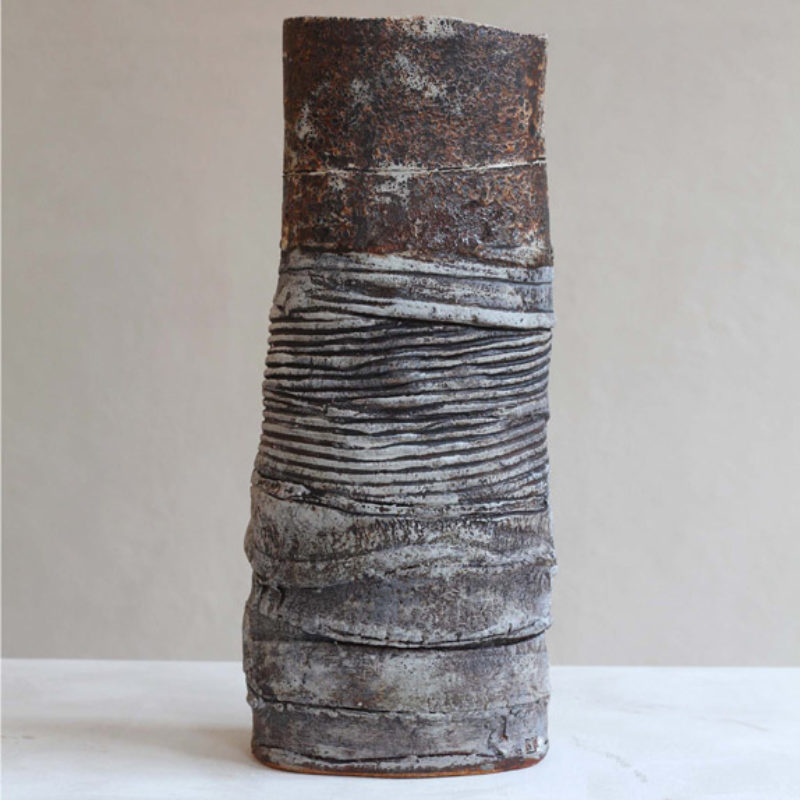 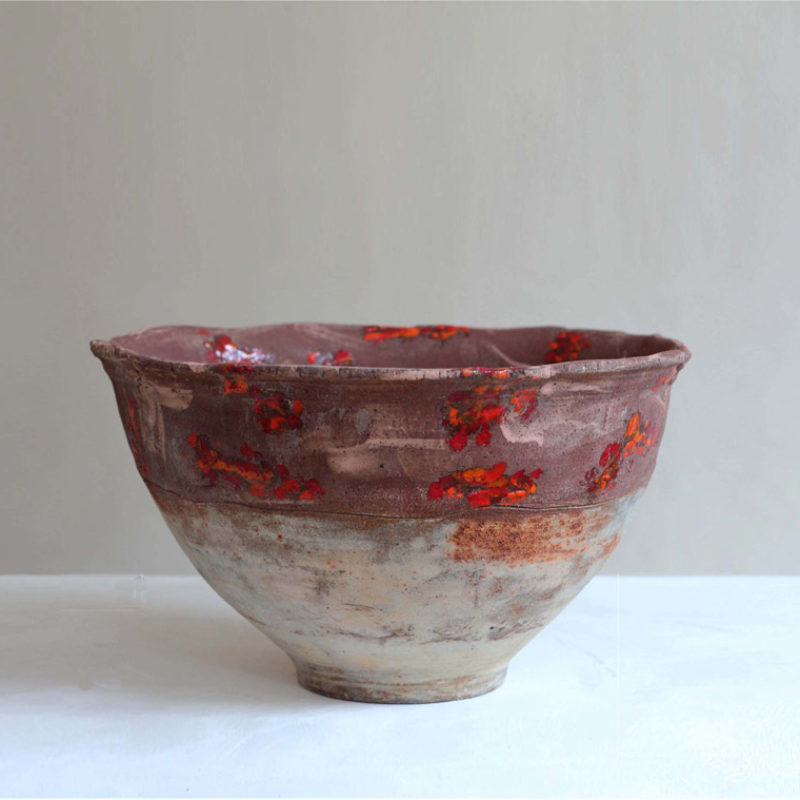 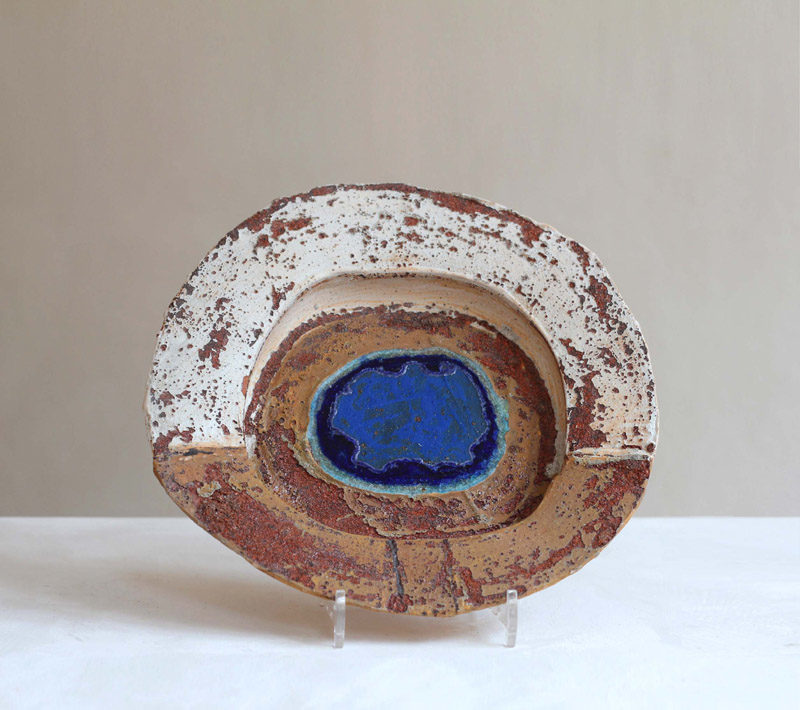 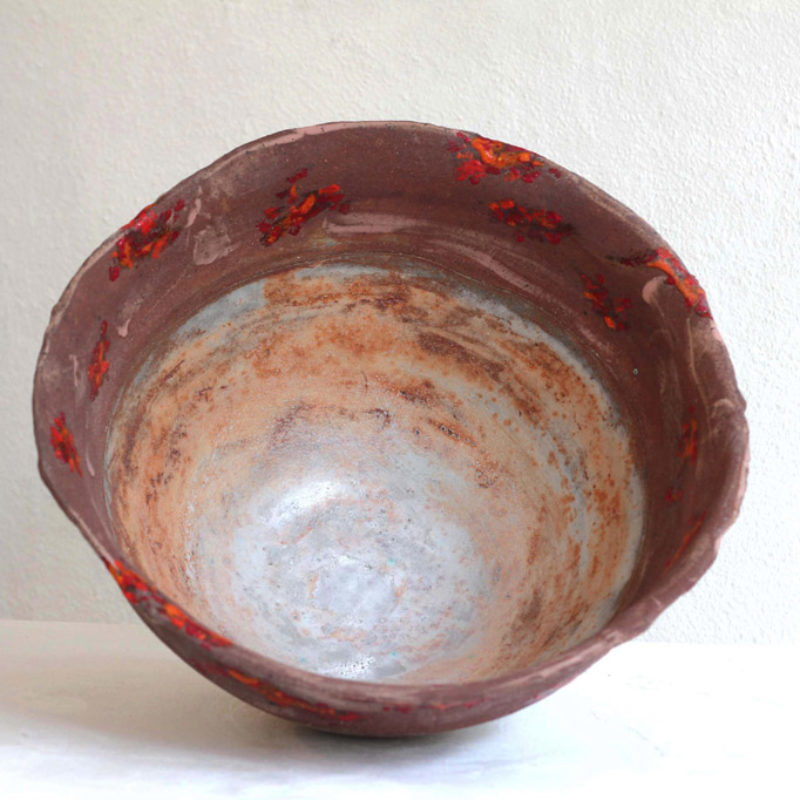 Born in 1936 Welch has developed a considerable reputation for his freely constructed individual pots over the last 30 years, the making of which has been
interspersed with tableware production, architectural work, teaching and residencies in Australia and the United States. His ceramic education was unusually broad.
While at Penzance School of Art, he spent weekends at the Leach Pottery learning much about his materials, but his time at the Central School took him beyond the
Oriental world. Innovative teachers like William Turnbull and Gordon Baldwin helped Welch to look outside the ceramic orbit for ideas, initiating a broader more sculptural
perspective. He learnt that good pots could develop out of the discipline of drawing in the same way that painting does. After returning from a three year trip to
Australia in 1962, Welch set up a studio in Suffolk, where he is still based, and from where a steady stream of distinctive thrown, coiled and slab-built forms have
developed alongside his output as a painter.