As autumn segues into winter it is a good time to refer to an appropriate verse or two from Shropshire Lad:

The night is freezing fast,
To-morrow comes December;
And winterfalls of old
Are with me from the past;
And chiefly I remember
How Dick would hate the cold.
Fall, winter, fall; for he,
Prompt hand and headpiece clever,
Has woven a winter robe,
And made of earth and sea
His overcoat for ever,
And wears the turning globe.

To go with these gorgeous still winter mornings, a contemplative painting in Egg Tempera by Japanese artist Atsuko Fujii, part of our Winter Exhibition: 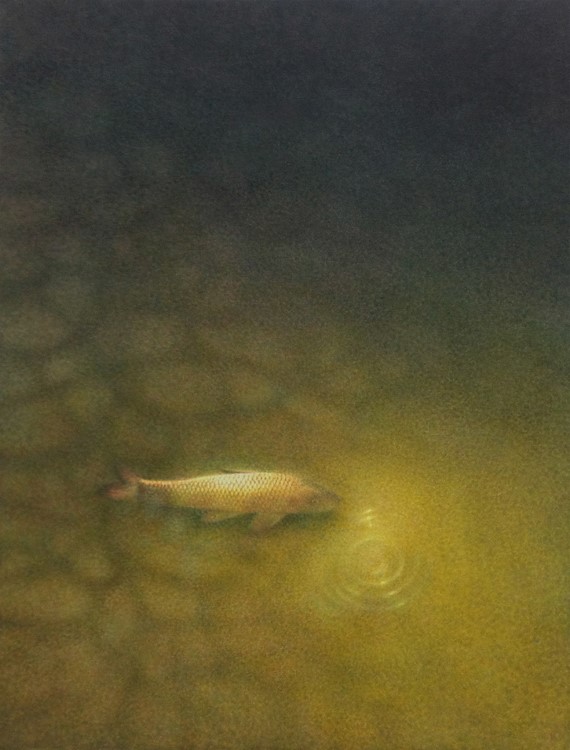 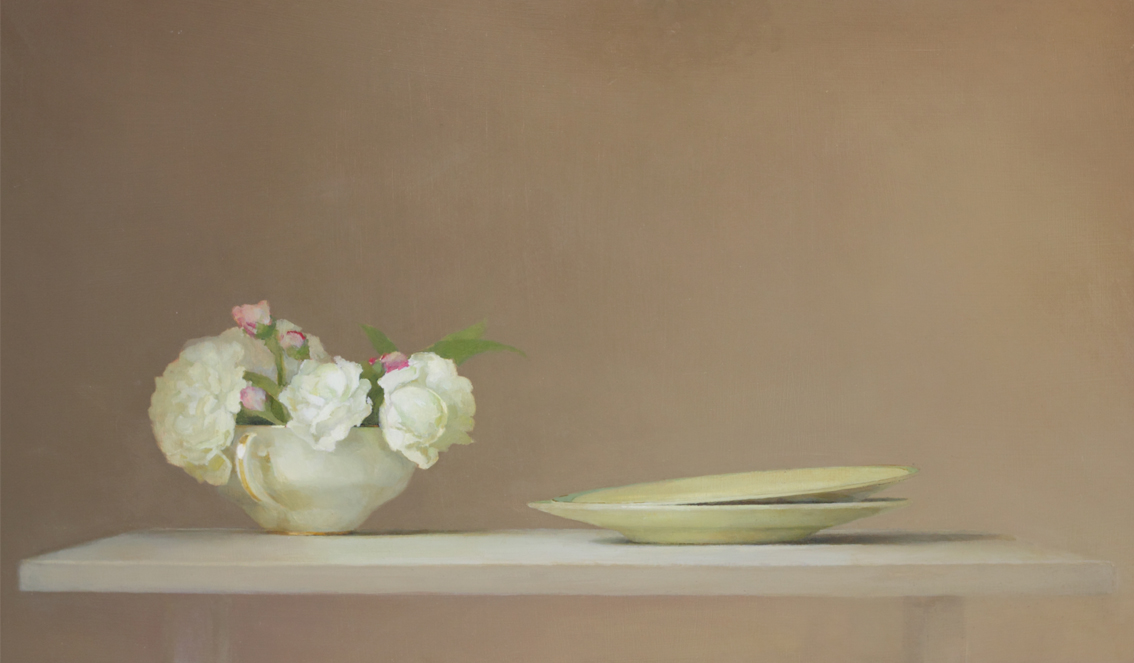 Someone who wrote beautifully and often of places near where Stewart Edmondson paints en plein air – on the relation of people to the woods and trees of the west country, interwoven seamlessly with a (generally doomed) romantic pairing…..

The casual glimpses which the ordinary population bestowed upon that wondrous world of sap and leaves called the Hintock woods had been with these two, Giles and Marty, a clear gaze. They had been possessed of its finer mysteries as of commonplace knowledge; had been able to read its hieroglyphs as ordinary writing; to them the sights and sounds of night, winter, wind, storm, amid those dense boughs, which had to Grace a touch of the uncanny, and even the supernatural, were simple occurrences whose origin, continuance, and laws they foreknew. They had planted together, and together they had felled; together they had, with the run of the years, mentally collected those remoter signs and symbols which, seen in few, were of runic obscurity, but all together made an alphabet. From the light lashing of the twigs upon their faces, when brushing through them in the dark, they could pronounce upon the species of the tree whence they stretched; from the quality of the wind’s murmur through a bough they could in like manner name its sort afar off. They knew by a glance at a trunk if its heart were sound, or tainted with incipient decay, and by the state of its upper twigs, the stratum that had been reached by its roots. The artifices of the seasons were seen by them from the conjuror’s own point of view, and not from that of the spectator.
“He ought to have married YOU, Marty, and nobody else in the world!” said Grace, with conviction, after thinking somewhat in the above strain.
Marty shook her head. “In all our out-door days and years together, ma’am,” she replied, “the one thing he never spoke of to me was love; nor I to him.”
“Yet you and he could speak in a tongue that nobody else knew—not even my father, though he came nearest knowing—the tongue of the trees and fruits and flowers themselves.”

– from Thomas Hardy The Woodlanders

Stewart has on display in the gallery his autumnal colours: 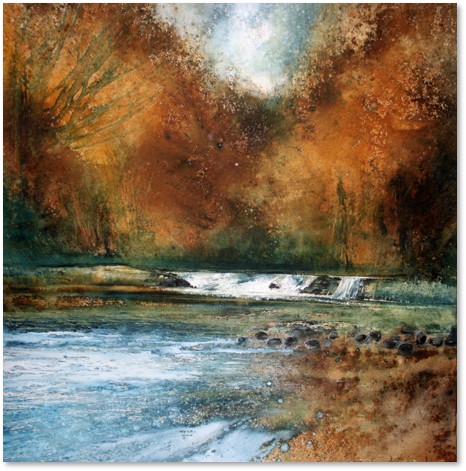 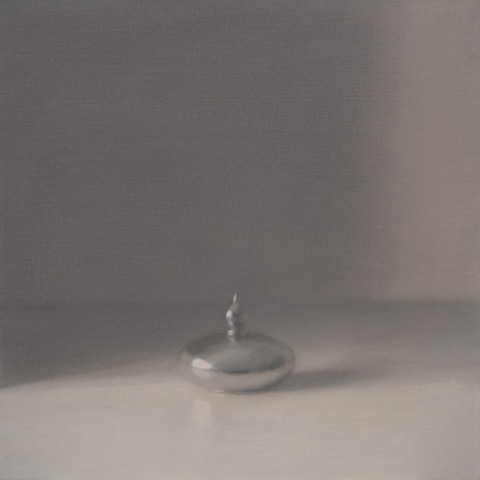 A snippet from a long but brilliant piece of autumnal poetry :

Why should I want to go back
To you, Ireland, my Ireland?
The blots on the page are so black
That they cannot be covered with shamrock.
I hate your grandiose airs,
Your sob-stuff, your laugh and your swagger,
Your assumption that everyone cares
Who is the king of your castle.
Castles are out of date,
The tide flows round the children’s sandy fancy;
Put up what flag you like, it is too late
To save your soul with bunting.

Thank you for reading,