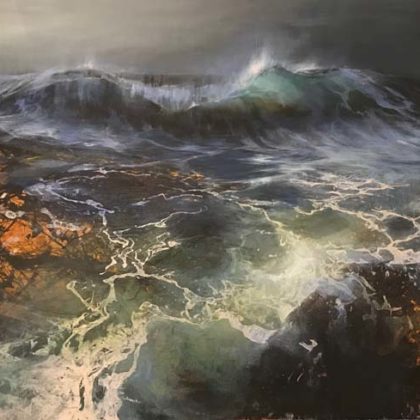 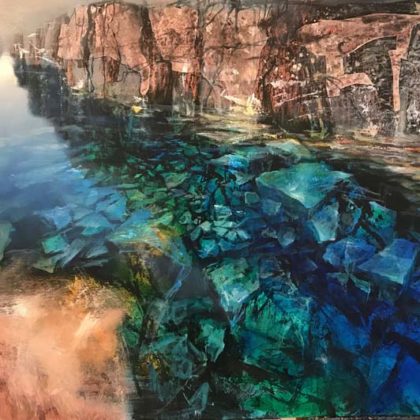 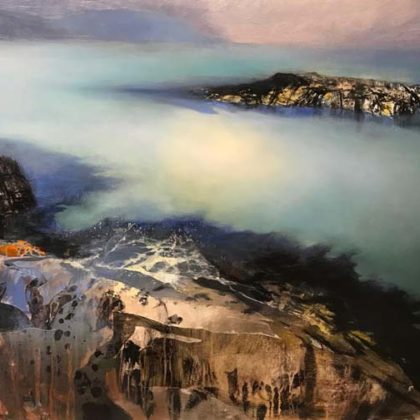 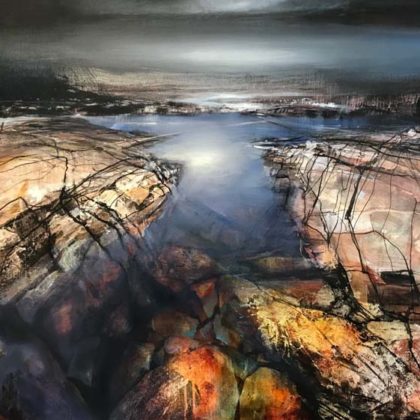 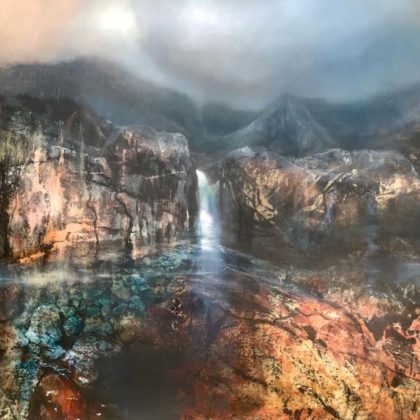 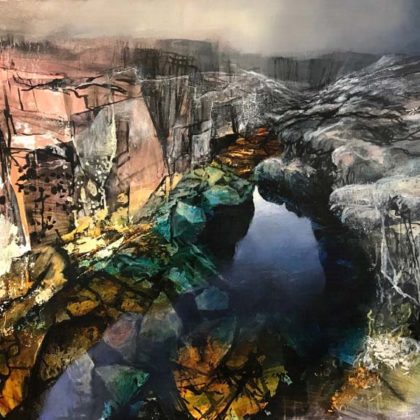 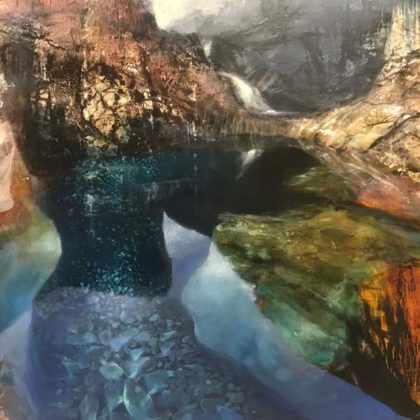 Beth Robertson Fiddes is an artist based in Ullapool in the North West Highlands of Scotland.

Bio
“I spent my early childhood on Tiree and, after a spell in Kansas, I moved to Kingussie in the Highlands. I studied at ECA, graduating with a degree in sculpture in 1995. Since then I have continued to draw and paint, travelling around the West Highands and Islands of Scotland to collect source material and sketches which are then worked up into larger pieces in my studio. In recent years I have been lucky enough to spend time on St Kilda and I have also had the opportunity to explore the south coast of  Iceland.

I’m interested in the passage of time and my perception that in looking at a landscape, certain things seem transient, fleeting and elusive, alive almost. With tides, splashes, breaking waves and angry waters I’m trying to catch a moment, to imagine that moment is all the time I have, a life in a millisecond, and to find, save and preserve forms and structures in the movement.

In pieces based on the seemingly unchanging, immovable rocks and mountains, I look for evidence of movement and change.  A sense that they have a life on a larger scale and over unimaginable time frames.  I try to combine the seemingly ageless with the more ephemeral to reflect my experience of the character of the landscape.

My method of working on the paintings reflects this. I add paper and paint, wash bits off, sand things back time after time until I’m happy with it. There are elements of, I hope, controlled experiment and accident in order to move technique forward.  Some things never get finished but the process is still valuable to me. I have a quest to see or feel things as I did before I knew what everything was, to a time when I felt everything had a connection and the world seemed full of possibilities.

My work has sometimes been described as having an otherworldly quality to it and, in a sense, this is partly my objective. I refer often to memories of my early childhood at Hynish on Tiree, playing and exploring the shoreline there, trying to attach meaning and a story to everything I found or saw.

The feeling of playing outside for so long in the cold rain, sleet and howling wind that the rock pools feel warm and safe.

Half understood words, stories and songs about lost cities under the sea, kelpies and child stealing fairies. Ominous thoughts on even the sunniest of days.”