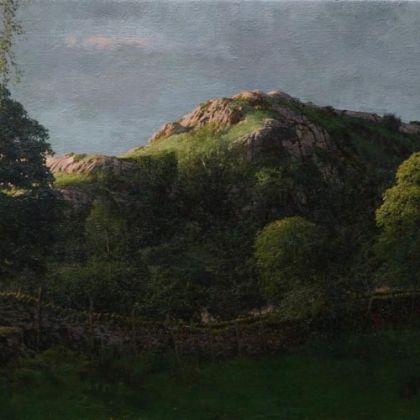 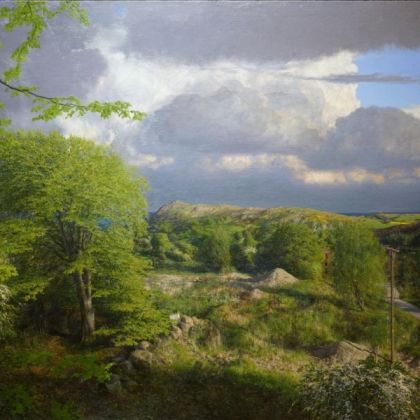 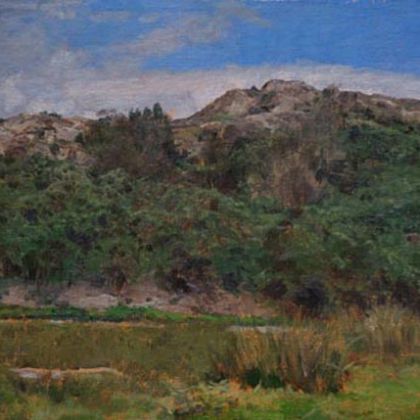 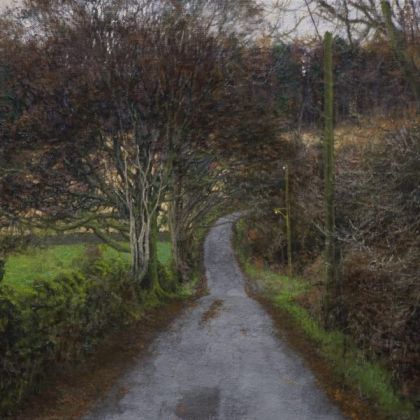 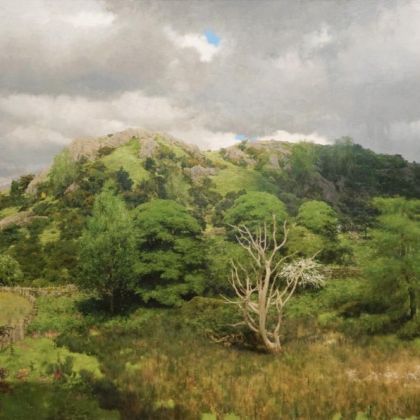 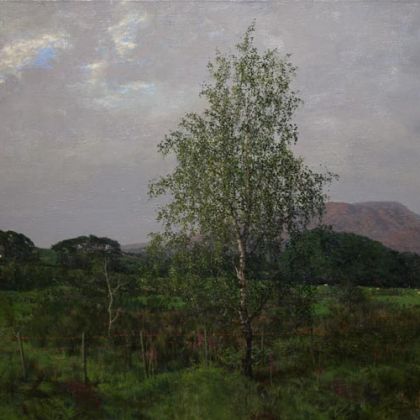 ‘Landscape painting is necessarily parochial. It fails as an international language and therefore is shunned even more by contemporary artists and thinkers. It is hated because it is the chosen subject of the amateur, of the ‘Sunday painter’. All of this simply makes me more committed to it. I love (there is a dangerous word, also hated in contemporary circles) to explore, analyse, digest the ‘real’ landscape, wherever, whatever it is. I equally ‘love’ to refashion it, to invent, re-create using this language in which I feel fluent. At the same time I am firmly committed to the structure of ‘nature’, of paying attention to its laws, its physics. Only occasionally and very deliberately I will break those laws and in doing so I am able to do something which I have the ability as an artist to do, to make a metaphor, a symbol, become a concrete illusion, a surprise, a piece of surrealism, another artistic trend I also once wished to avoid. I am also committed to ‘nature’ because even after mankind has attempted to shape and distort it, it is impressively resistant, self-generating, entirely independent and completely unaware of us as humans – it is unquestionable. Yet despite all this I am drawn to and intrigued by the mark which we as humans have made upon our land.

All of my paintings combine elements of things I have encountered in the best part of fifty-one years (I can remember things from the age of two), whether strongly or vaguely remembered. What can be safely said is that these landscapes and every single element within them, exists only in these paintings.’