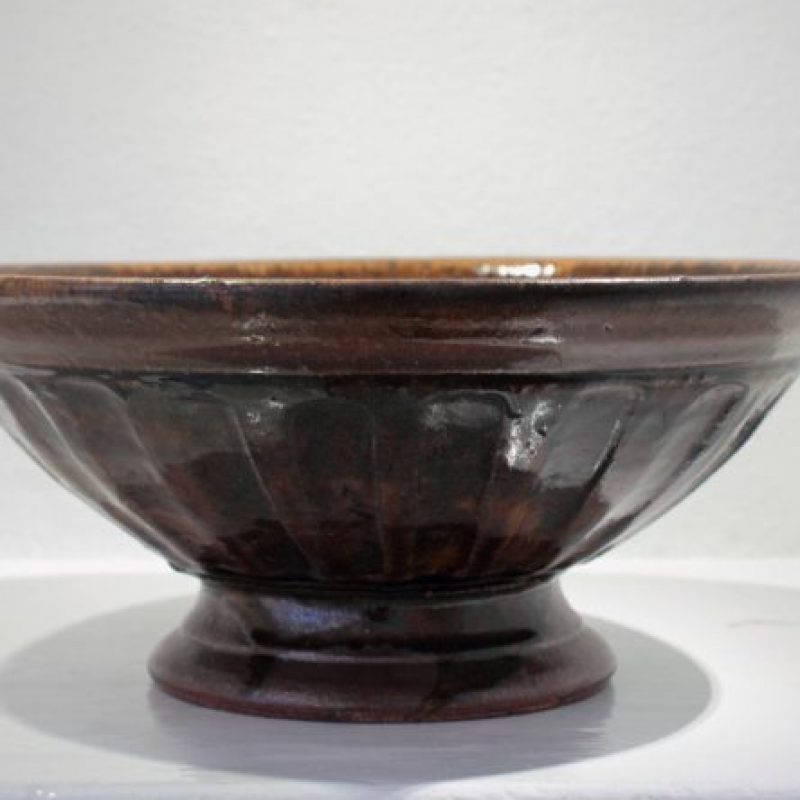 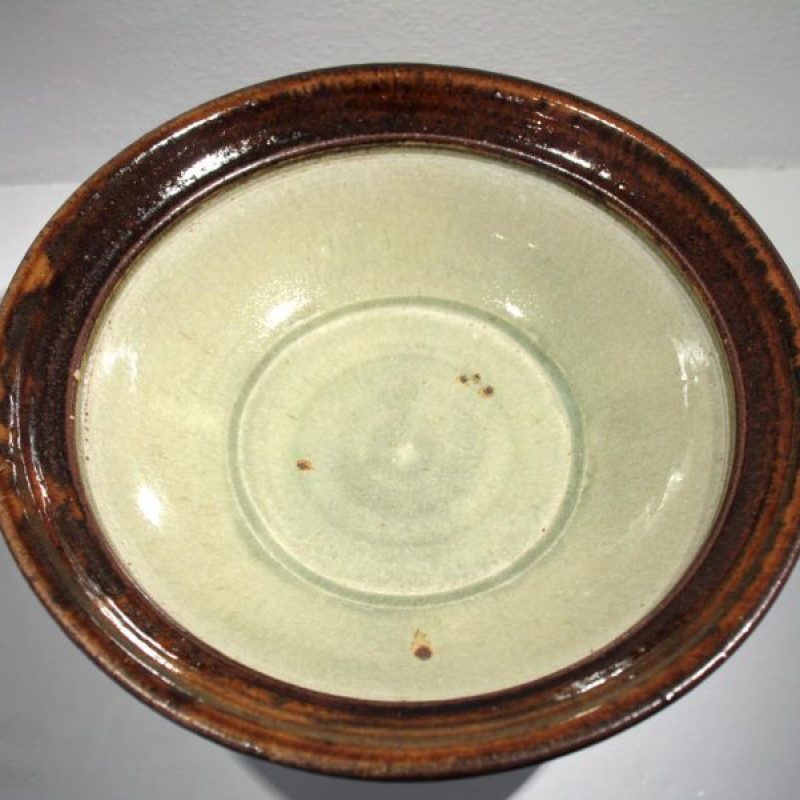 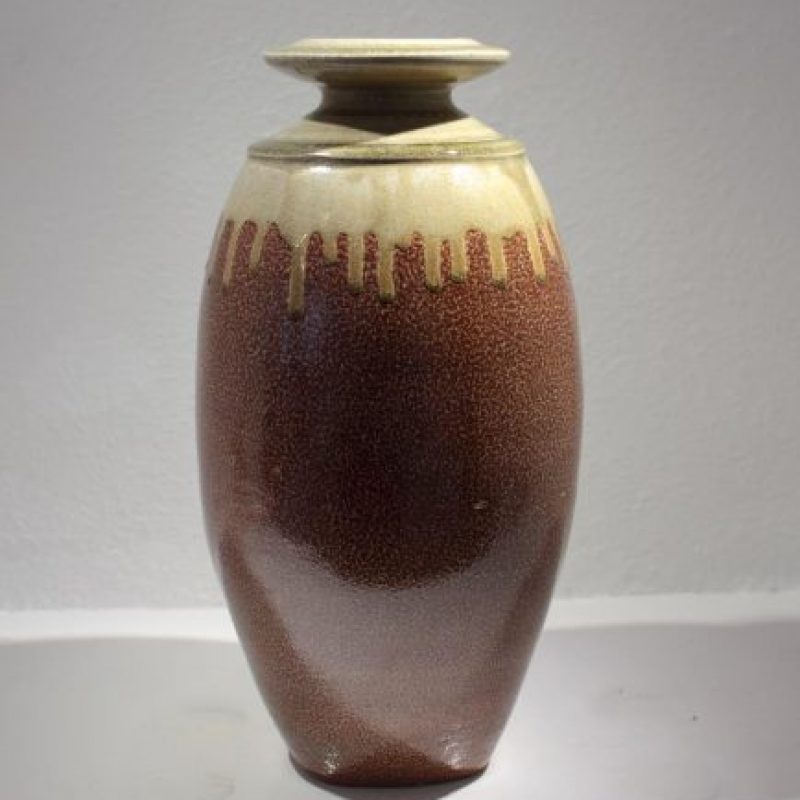 Born 1936, Richard Batterham became interested in pottery at a very young age at Bryanston School, where an interest in craft and design was greatly encouraged. He learnt under the guidance of Donald Potter, who was a student of Eric Gill and had also worked with Michael Cardew at Winchcombe. After National Service, Batterham worked for two years under Bernard Leach at the Leach Pottery in St Ives, Cornwall.  There he and his future wife, Dinah Dunn, met Atsuya Hamada, a son of Shoji Hamada.  ‘I think we got a lot from him,’ Batterham says, ‘about how to handle clay. We were very lucky.’

In 1959 they left to set up their own pottery at Durweston outside Blandford.  In 1967 Batterham moved into a new pottery workshop in Durweston and built a four-chambered oil and wood-fired kiln.  In 1978 with the help of the French potter Thiebaut Chaque, he also built a small salt glaze kiln.
Still in the same pottery, he works alone and now has about five firings a year producing some of his best work to date.  His pots are often referred to as the finest domestic stoneware in the Leach tradition, although he feels more in tune with the attitudes of Michael Cardew. His pots are made to enrich life rather than to adorn it. A superb craftsman, his colours are soft bues and greens through to caramel, browns and blacks with the nature of his glazes varying from thin and bright to thicker softer glazes. His forms are functional – simple, satisfying and beautiful.

Describing his own pots, Richard Batterham refers to some of them as ’soft’ or ‘kind’, emphasising their human quality. ‘Michael Cardew used to say form was everything, and form is very important, but I tend to feel that it’s how things are handled that really makes a difference. I like to make something you can hold. If someone really hugs onto a pot, that’s lovely and just how it should be.’ Brushing away his own pre-eminence, he says, ‘You just get into the right frame of mind and get on with it.’