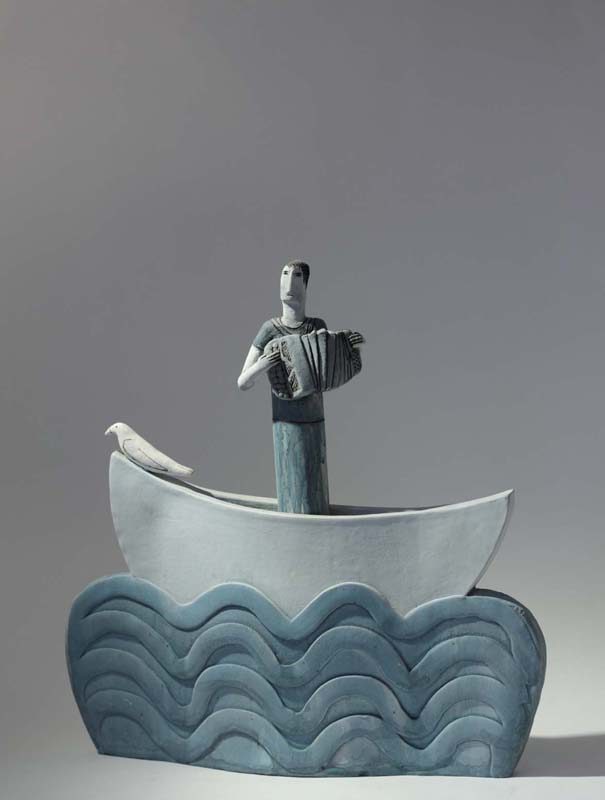 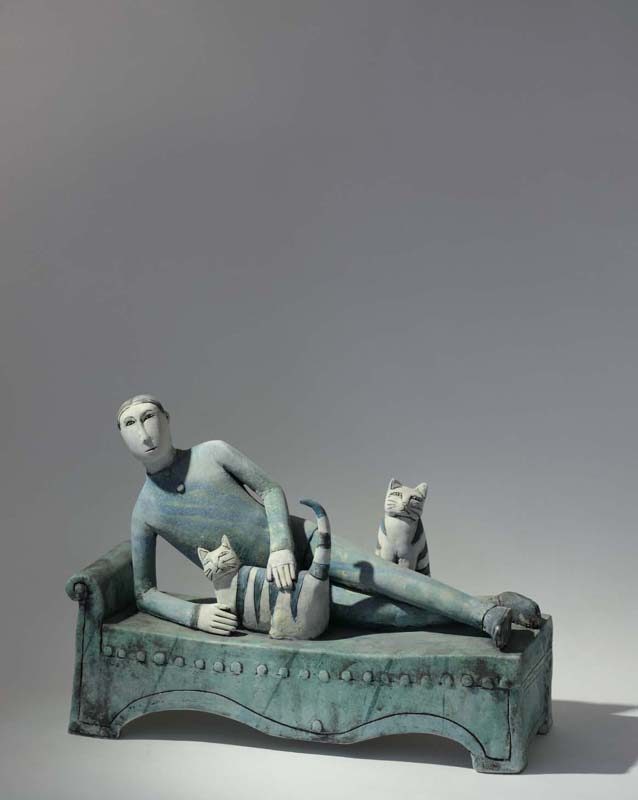 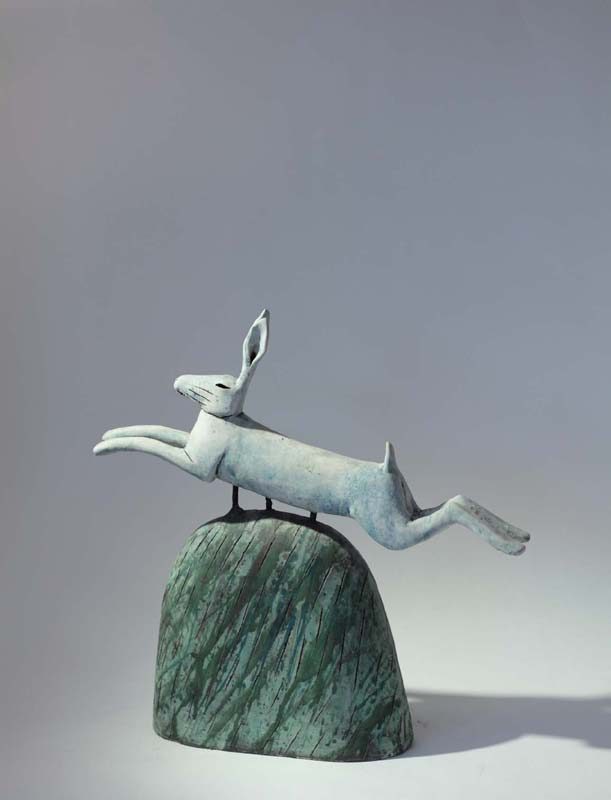 ‘Raku  A Review of Contemporary Work’  by Tim Andrews

Published by A & C Black, London

After attending Bath Academy of Art from 1979 to 1982 where she attained a First Class Honours Degree in Ceramics, Anna set up a ceramics studio in Wales in 1984 with her sister Sarah. Her pieces have been included in many exhibitions in Wales and England.

“At college I was first drawn to decorative figurative images from a variety of sources. I became fascinated by the simple serenity of T’ang Dynasty earthen ware figures and horses and at the same time came to enjoy the colour and vitality of fairground and circus animal and folk art, the ethnic art of pre-Columbian South American, and the masks and animal forms of North American Indians. Another area of interest for me is old unsophisticated simply carved and coloured toys, decoy ducks, weather vanes and stylised boldly shaped and painted tin toys and puppets. My work is a mish-mash of these influences.”

“I like the soft warmth of the surface of old toys and faded, old, carved wood and after much experiment with finishing techniques at college, I decided that Raku offered me a lively surface which seems most sympathetic to my ceramic images. With Raku I can achieve an interesting surface without glazing the whole piece, therefore keeping the image spontaneous and less worked on.”