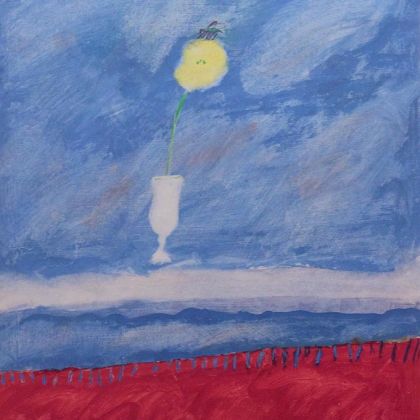 Archived: Flower in a vase, Gouache on Paper 50 x 38cm 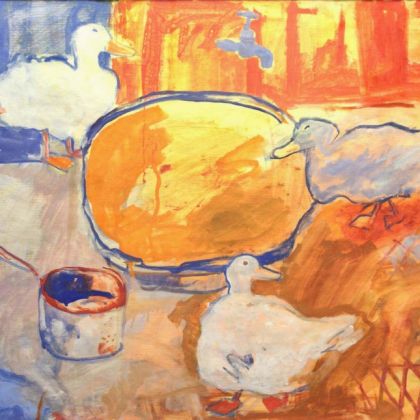 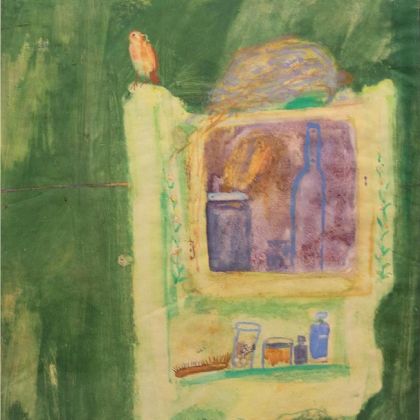 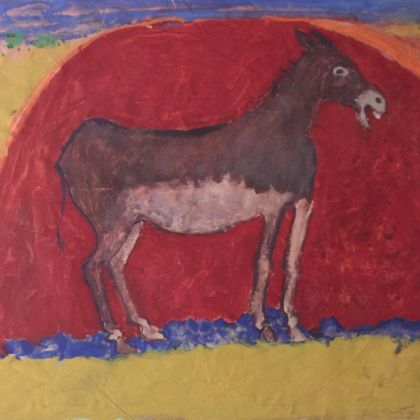 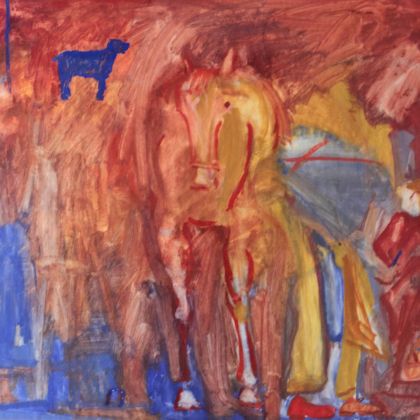 “This is the true poetry of painting” – Sister Wendy Beckett.

Although he was born in the Peak District in 1933 and trained at the Royal College in London, Ben Hartley lived a solitary existence for most of his life here in the South-west. Having graduated from the Royal College with first-class honours, he chose the Devonshire countryside as his home, and made little effort to seek fame or fortune. Here, apart from a few hours teaching each week, he spent his time drawing the rural scenes around him.

“He was a colourist, an abstract painter, and a superb draughtsman. His paintings describe the human condition with humour and compassion. His life’s work comprises more than a thousand paintings and three hundred sketchbooks filled with drawings and words. His paintings show his appreciation and understanding of nature; with a countryman’s eye he recreates birds, butterflies, insects, dogs cats, farm animals and the people who live with them and have to grapple with life’s problems.”

The life of Ben Hartley, the recluse who sought obscurity rather than fame, has been celebrated in Bath, at Beaux Arts, and they have had six exhibitions of Ben Hartley’s work so far. In 1998 the exhibition coincided with the publication of a book featuring two of Ben Hartley’s notebooks,  ‘Pigs Must Eat on Sundays’,  which includes a foreword by Bernard Samuels.