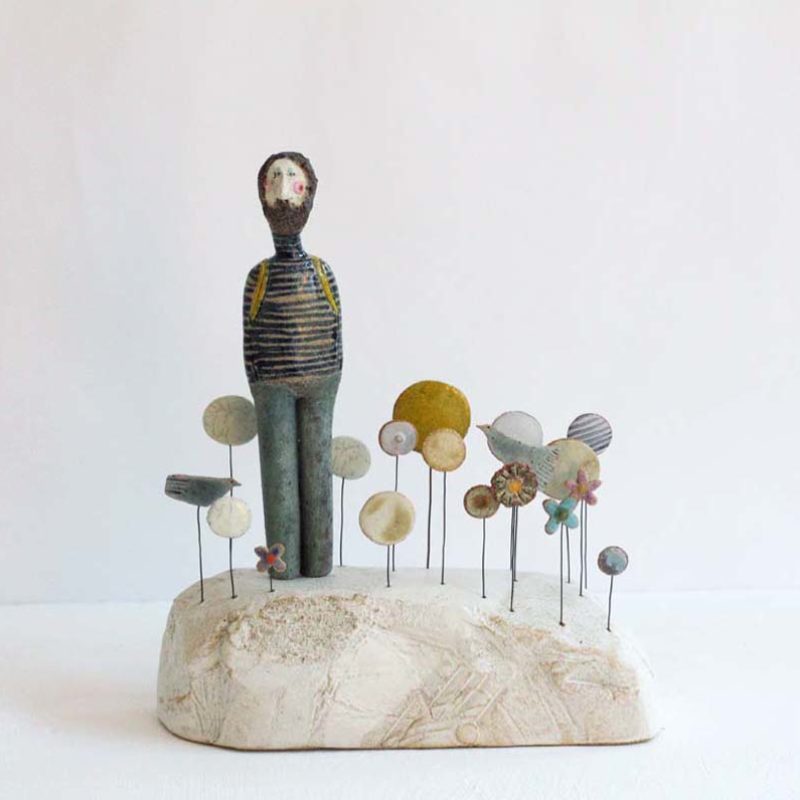 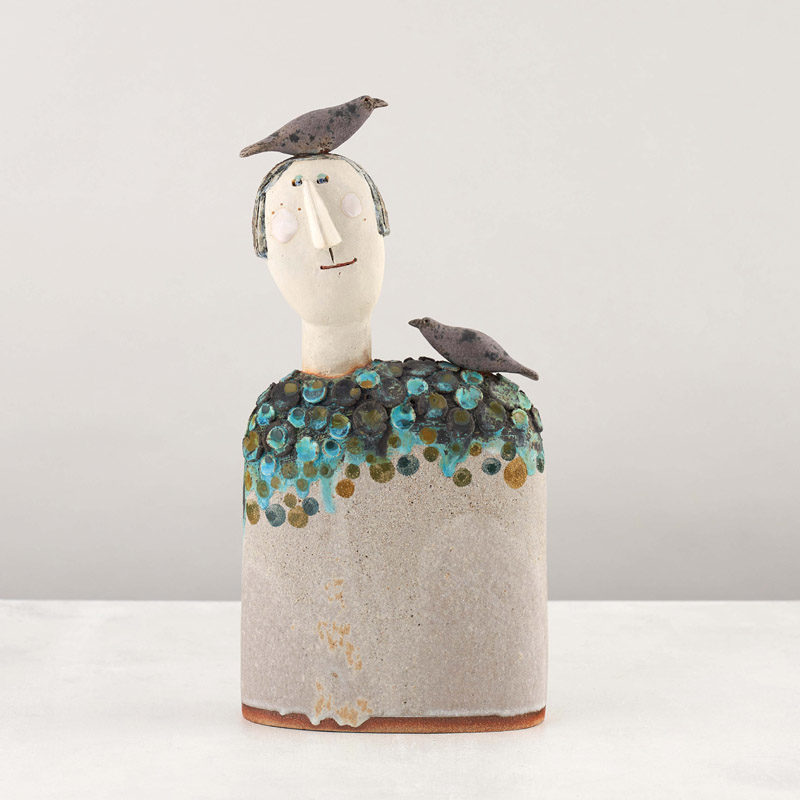 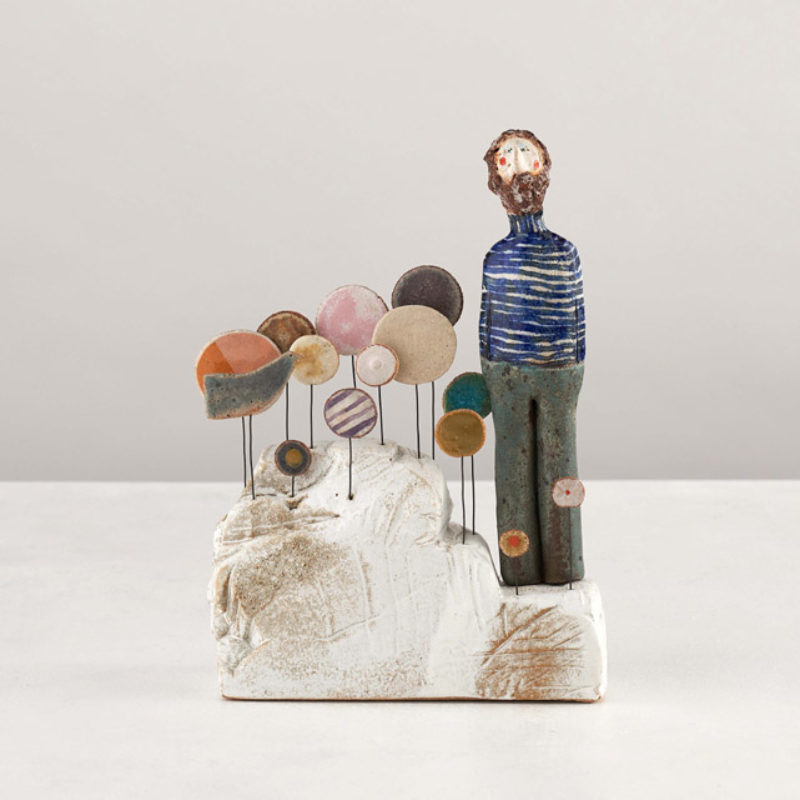 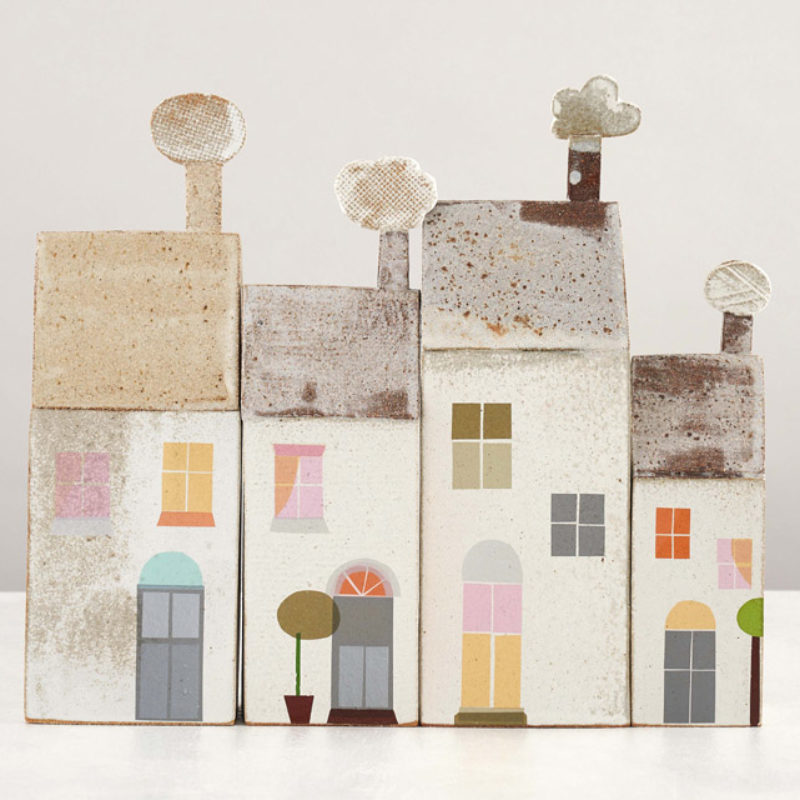 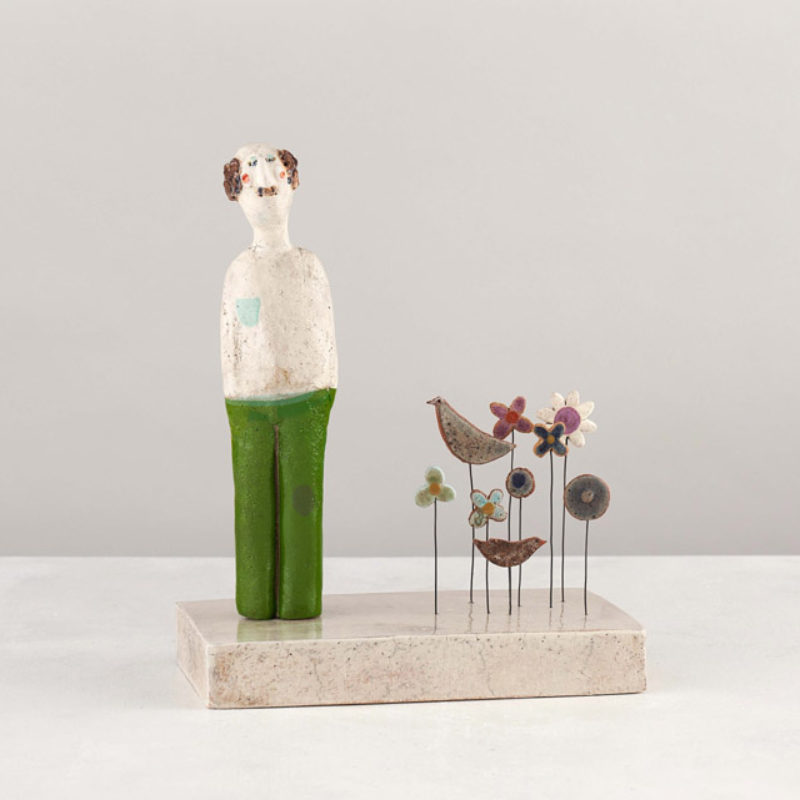 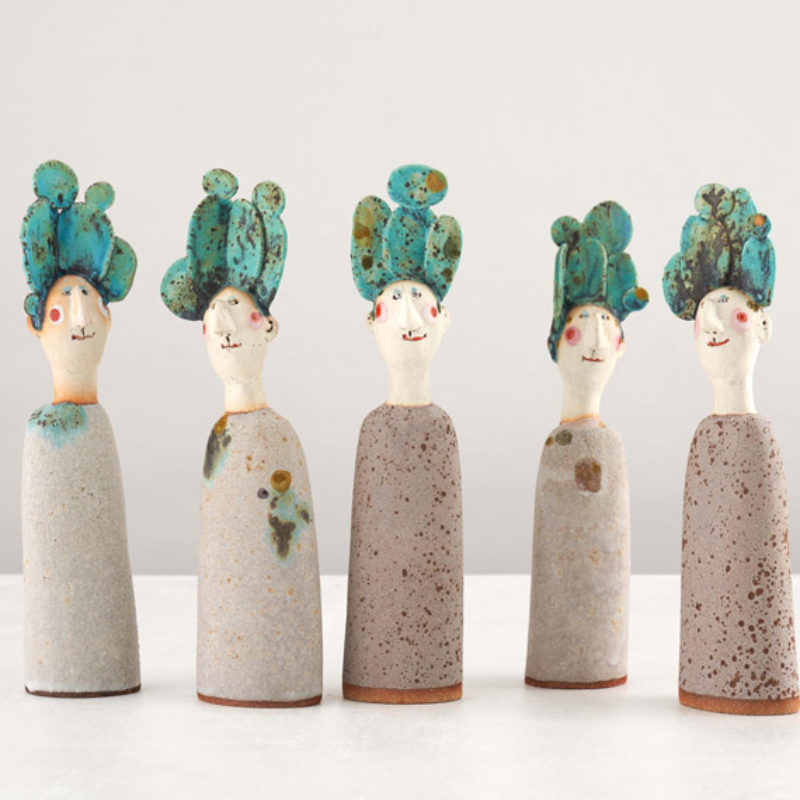 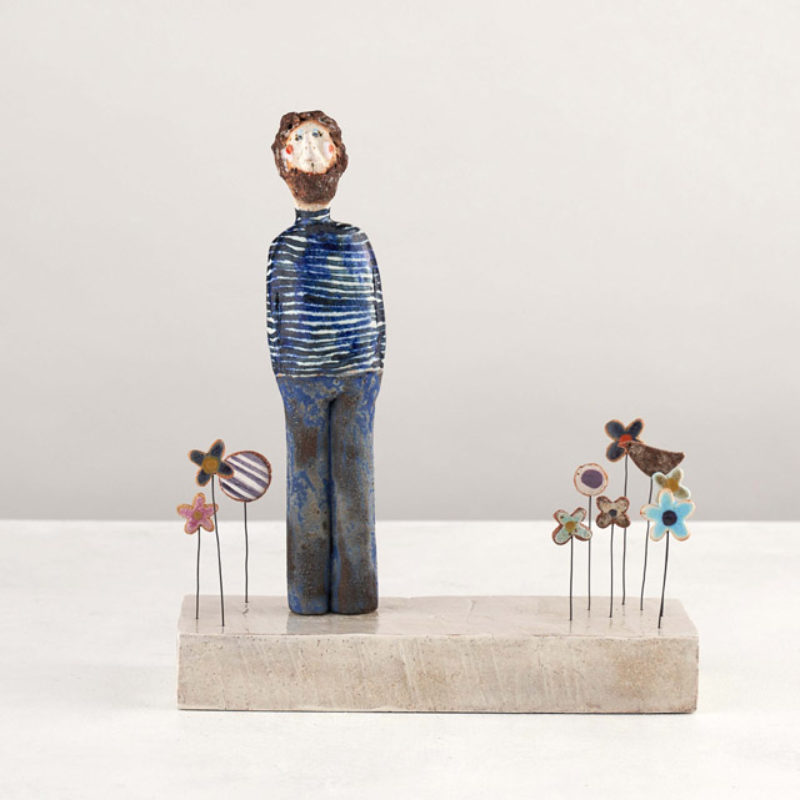 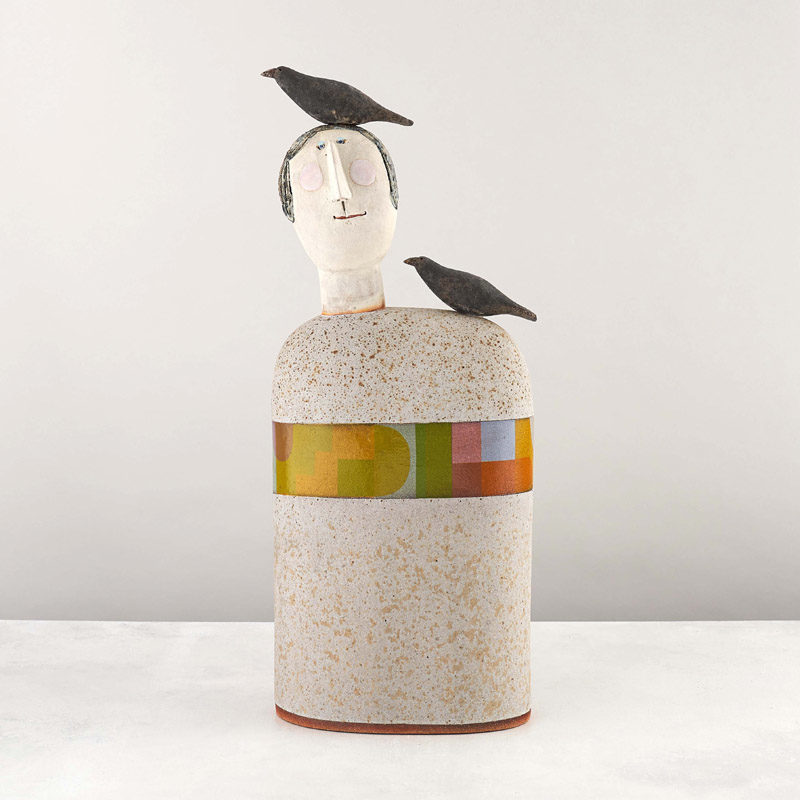 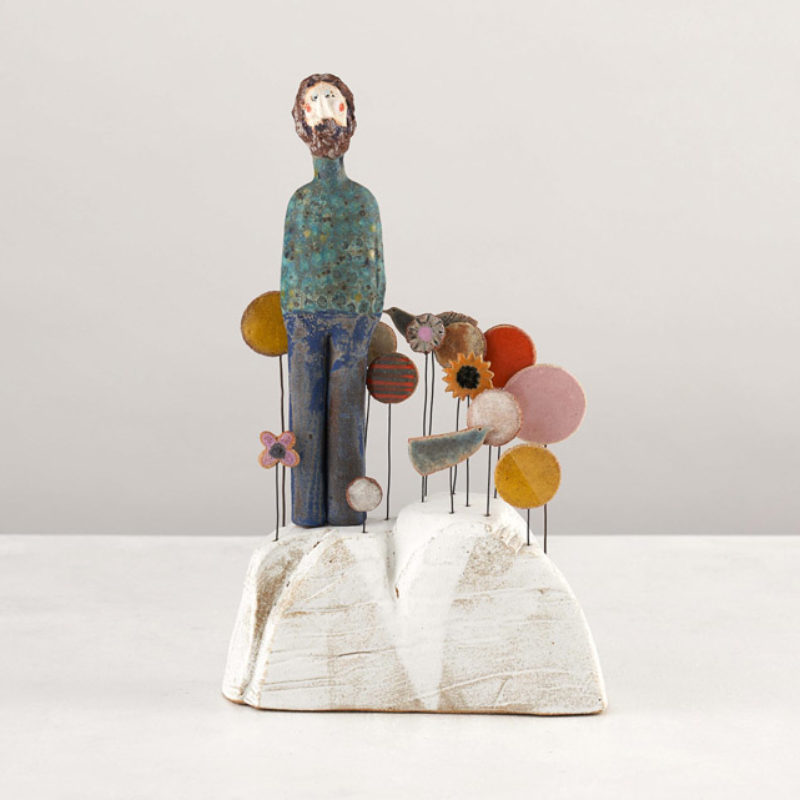 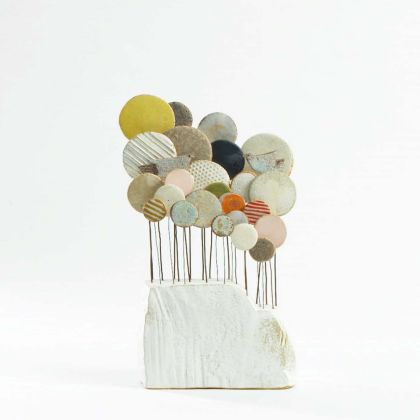 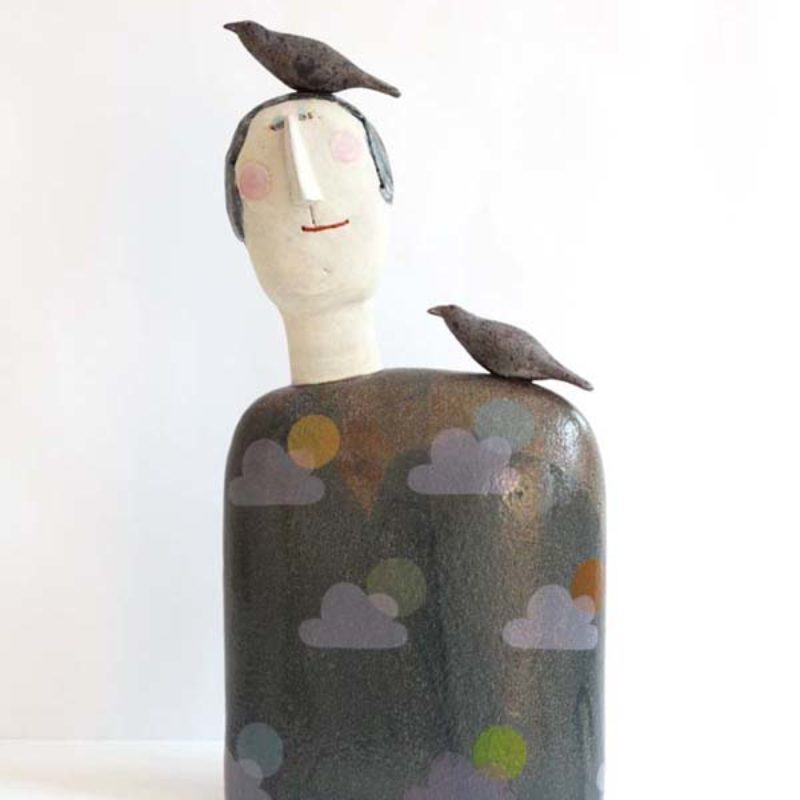 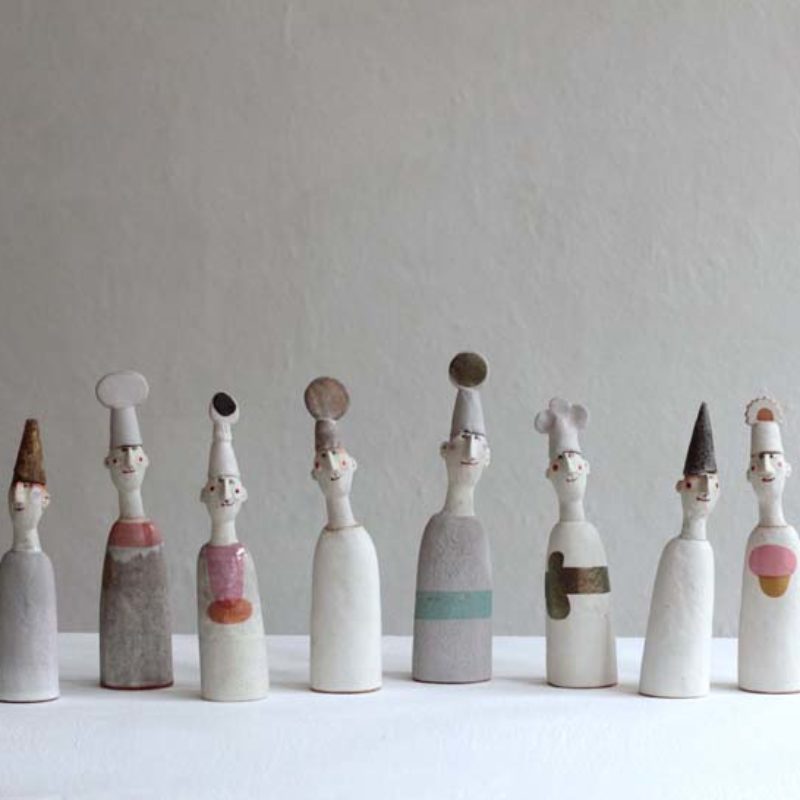 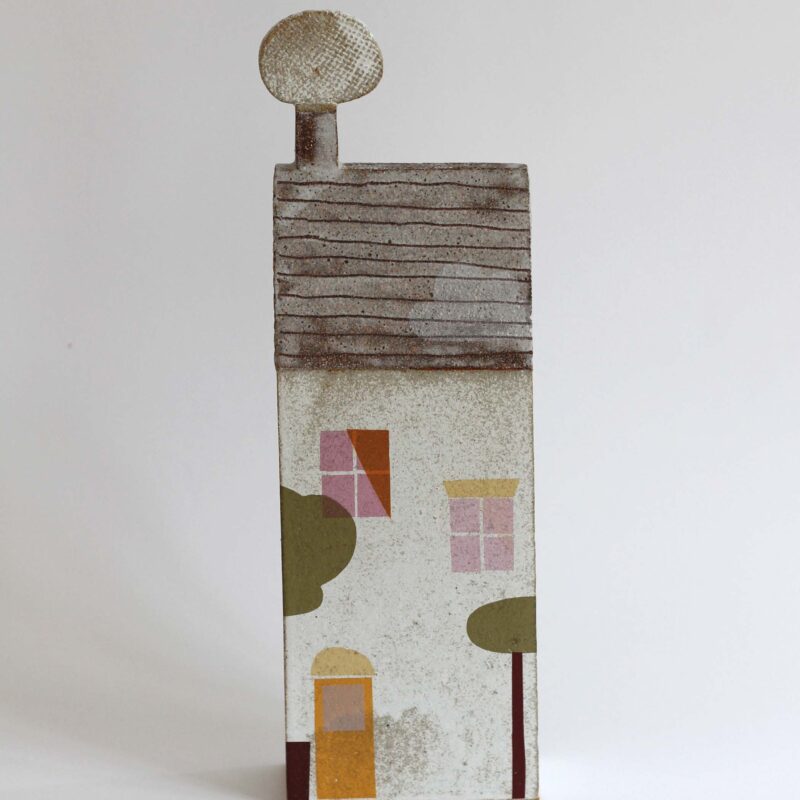 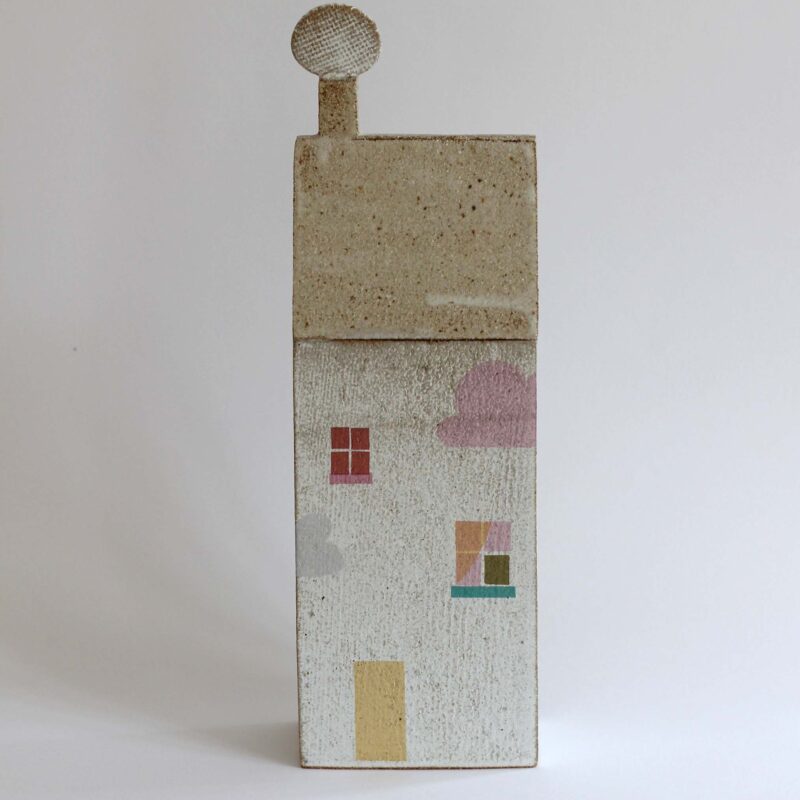 Jane Muir studied ceramics for seven years achieving a first class BA (Hons) at Central St Martins School of Art and an MA at the Royal College of Art. On leaving the RCA in 1992 she took a three year post as artist in residence at a sixth form college. During this time her work was exhibited widely, notably in Ceramic Contemporaries, the V&A in 1993 and a solo show at the Molesey Gallery, Surrey, 1995. In 1997 she was awarded a Crafts Council Grant which helped in setting up her present studio in Peckham, London.

A commission for Bishop’s Stortford Library gave her an opportunity to work on a large scale. The work is based on the Magic Flute and is made up of two pieces; a figure of Papageno, the bird-catcher and a seven foot, wall-mounted tree, the escaped birds resting in the branches. All of Jane’s work is hand-built and hand-painted using stoneware glazes. Scale varies from small intimate pieces to large-scale garden sculptures.

Inspiration comes from various sources and has remained fairly consistent throughout her career. Fine artists such as Peter Blake, Eduardo Paolozzi and Elizabeth Frink through to more traditional crafts such as the work of the Staffordshire Potters..

1997
Ceramic figure and a wall piece based on The Magic Flute commissioned by Bishop’s Stortford Library
Installation/exhibition for the Charleston Trust, Charleston, Firle, Lewes, E. Sussex