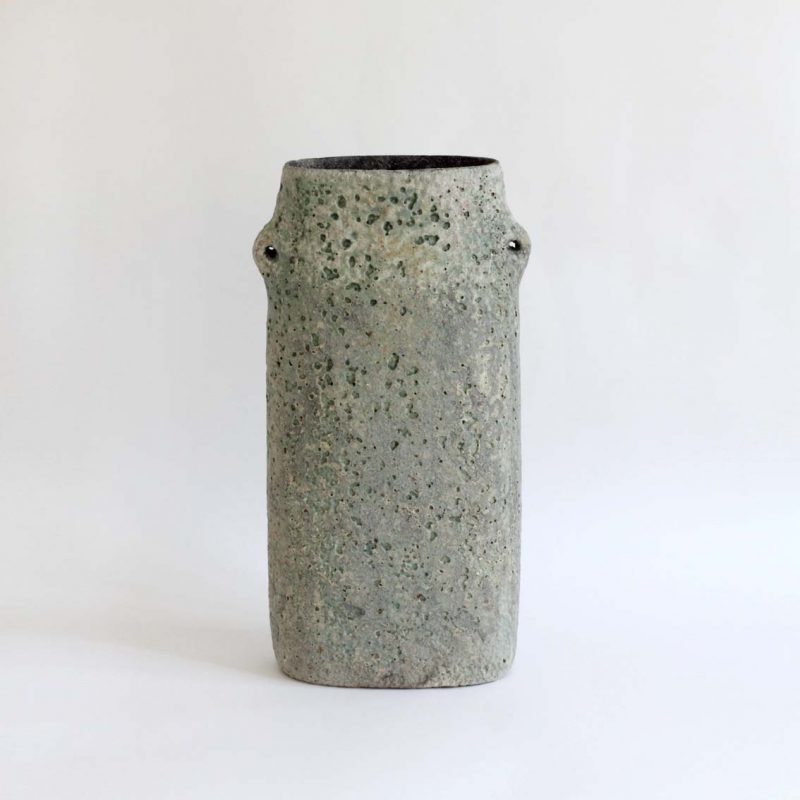 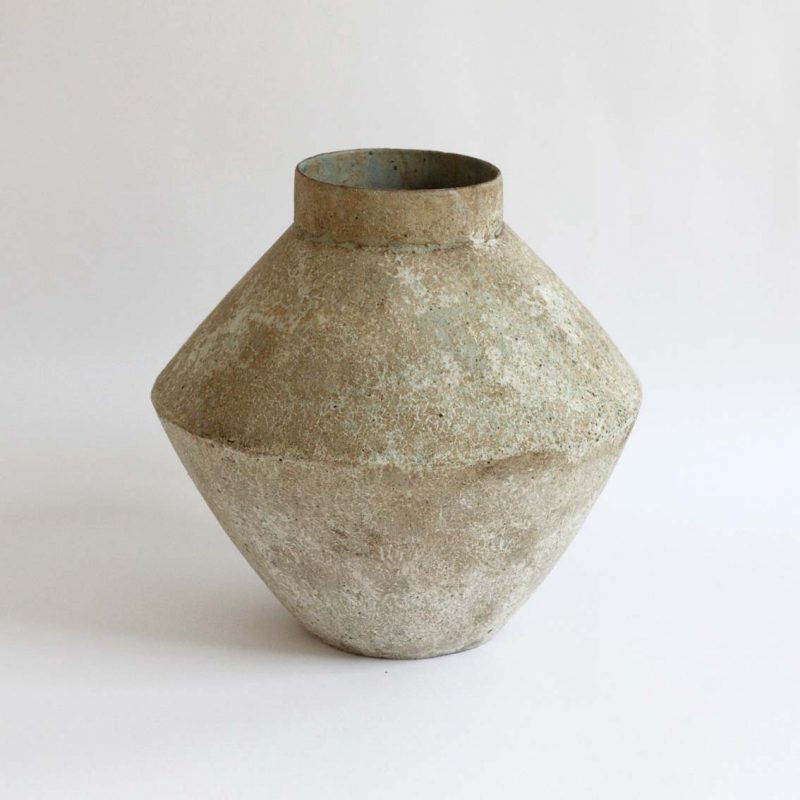 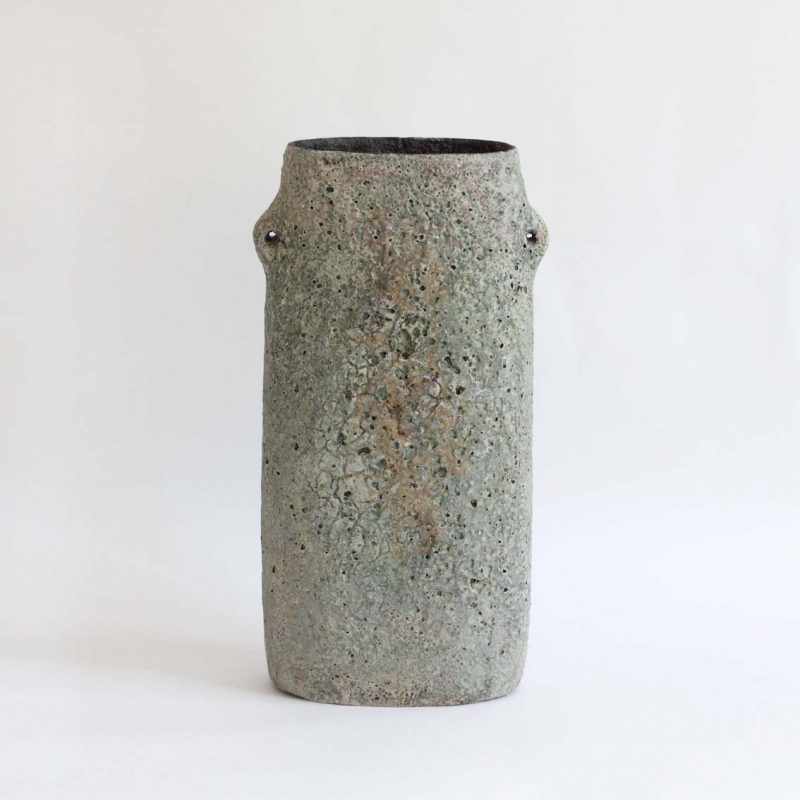 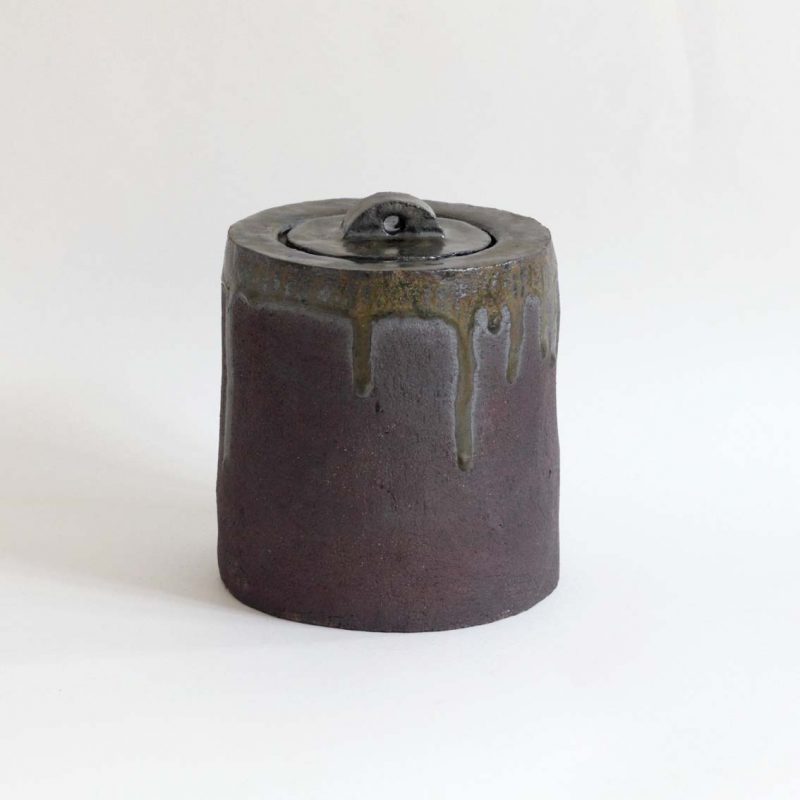 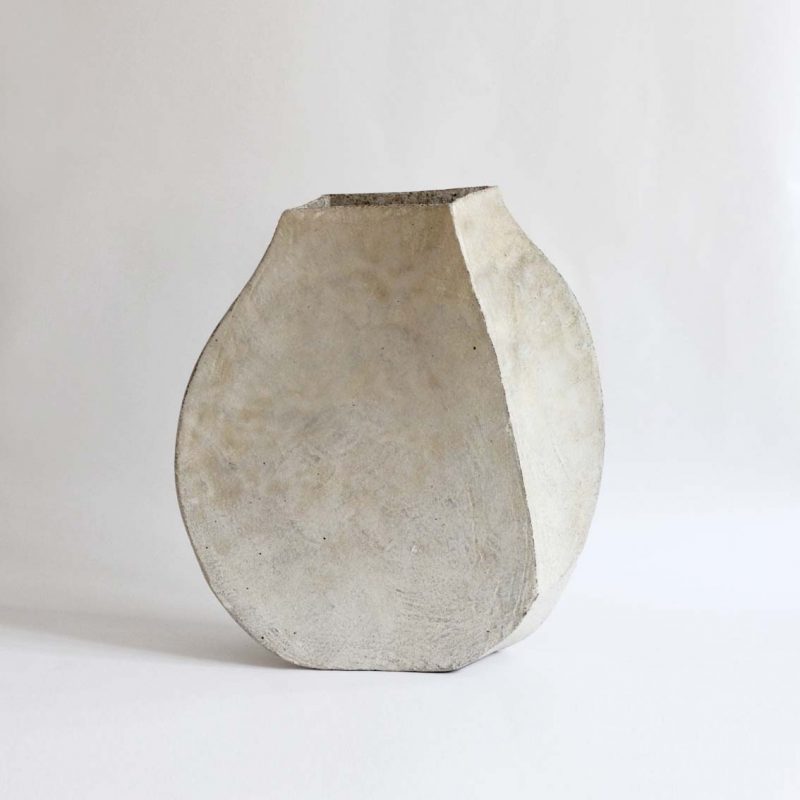 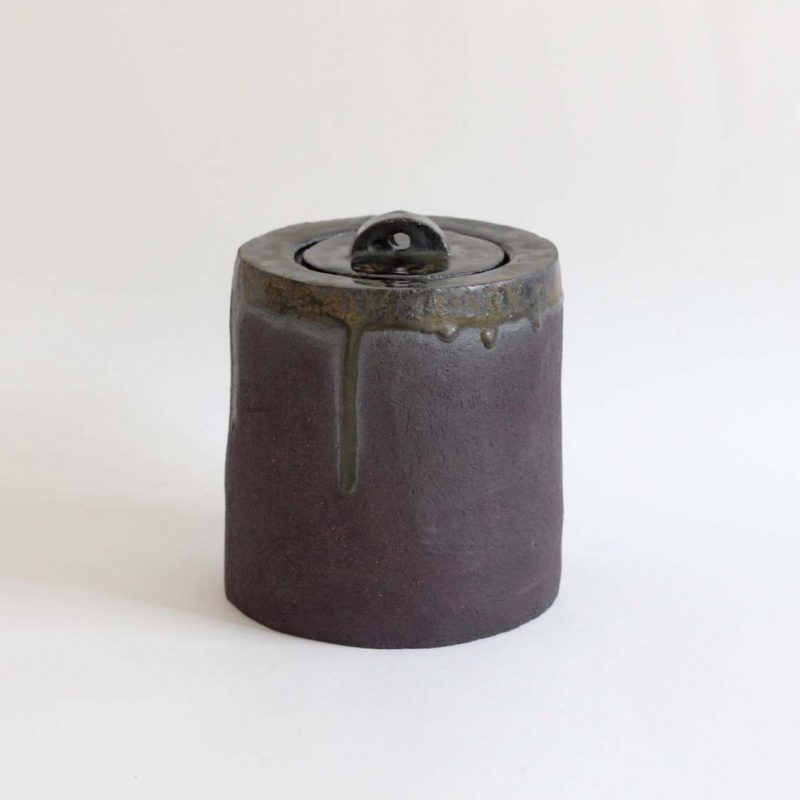 Born in 1941, Paul Philp works locally from his studio in Bath, where he has lived for over a decade. A ceramicist who has been working for over 50 years, Philp’s work has been shown in galleries as far as San Francisco and in art fairs across Europe. His work is also included in the permanent collections in the Musee des Beaux Arts, Montreal, the Cite de la Ceramique in Severes, France, and the Musee Ariana in Geneva, Switzerland.

Philp builds each of his pieces by hand rather than on a potter’s wheel. Often a mix of clays is used which interact differently to the firing process, creating texture and crevices on the works. Each piece is fired five times; Philp carves and refines between each firing process, often adding slips and basic dry ash glazes at these stages to create different effects.

‘Most of my work is white, as white or creamy colours express the forms I use very well. With a simplicity of colour, one focuses on the shape and texture of the pieces. Light of course changes the way forms express themselves throwing shadows for instance. But sometimes I take on the challenge of colour and different textures, possibly simulating the feel for worn iron or old handmade bricks.’