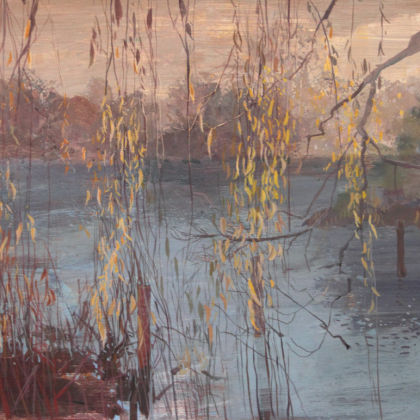 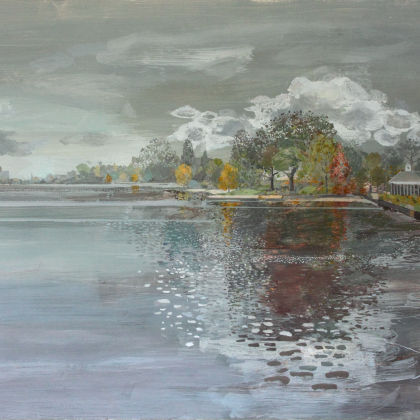 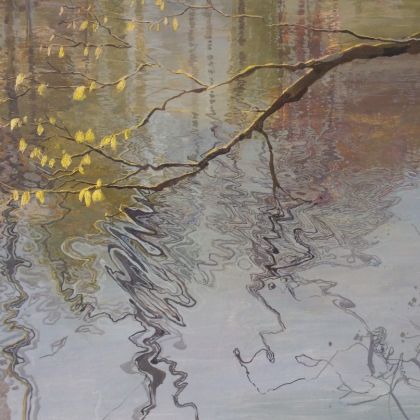 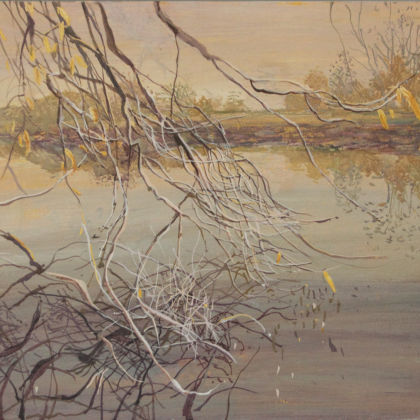 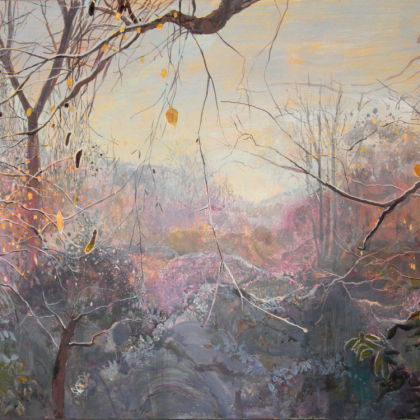 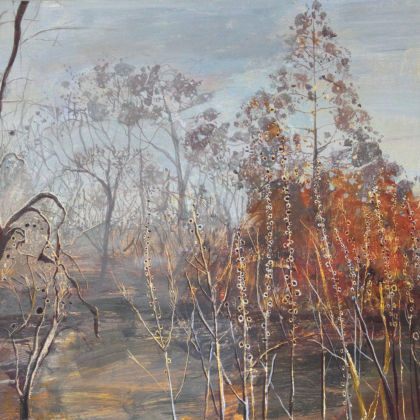 Ruth Stage shows us the minutiae of the grand vista, a landscape of illumination, pattern, reflection and great distance. Working in egg tempera she creates a fluidity that reveals dramatic skies, mountain ranges, turbulent shallows. Superimposed onto this is the ‘story of the day’ be it figures on the beach, the first moment of spring, the remnants of a crop on a frosty morning. A limited pallette gives an impression of the subtlety of nature, a cluster of almost indistinguishable greys punctuated with the cadmium of a leaf, transparent in the evening glare. From this complex formula the artist creates coherence,revealing harmony and balance without interruption.