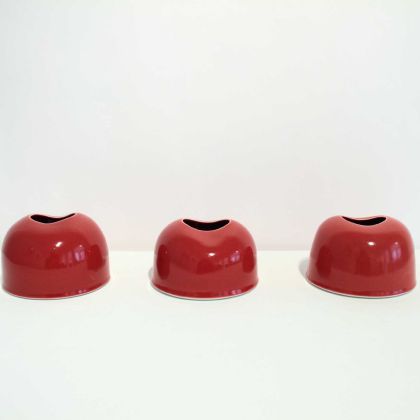 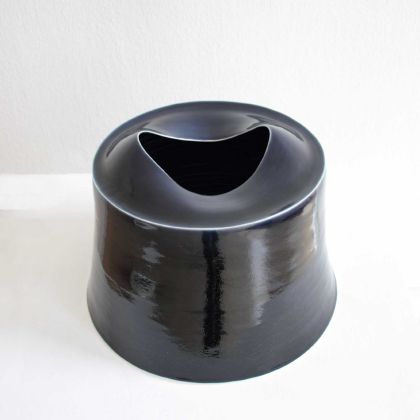 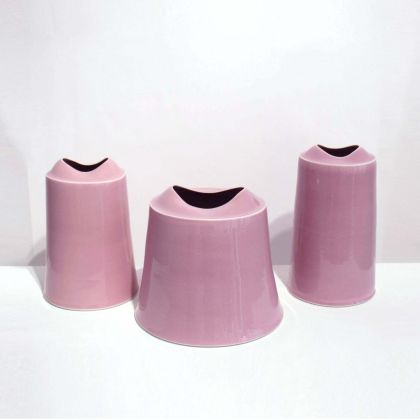 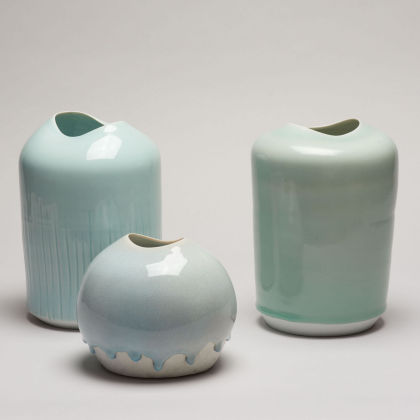 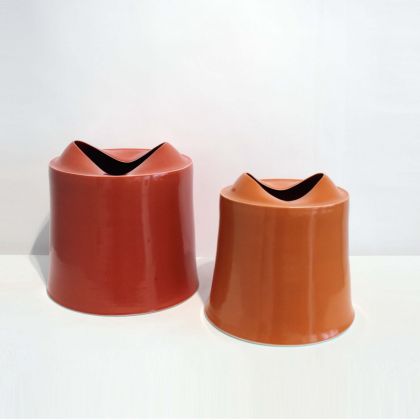 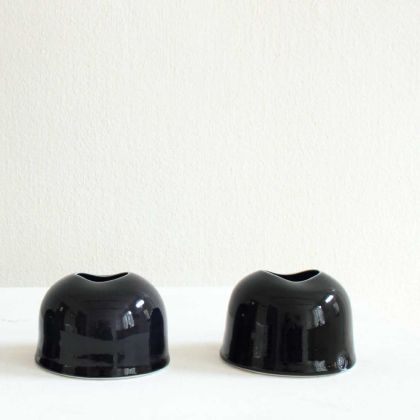 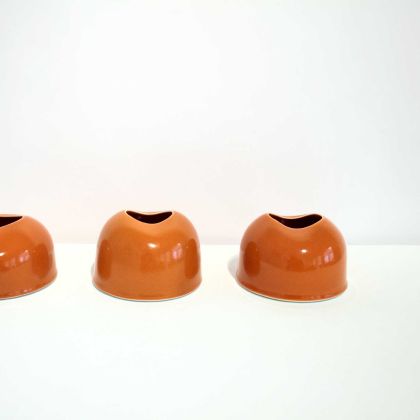 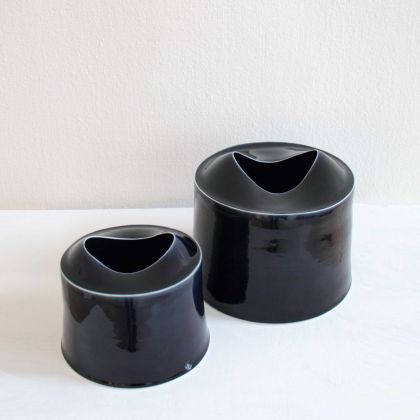 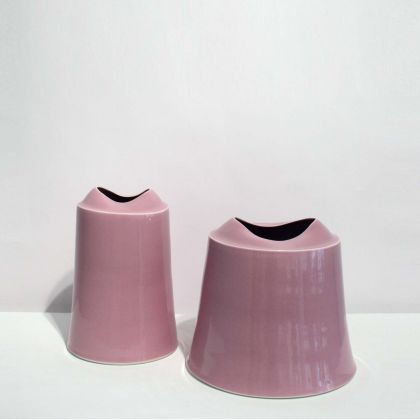 Tanya Gomez mainly works in limoges porcelain, using a range of approaches in her throwing to create forms that will capture qualities of fluidity, movement, and provide a sense of space. Gomez makes these works conscious of natural phenomena and dramatic landscapes, emphasising colour, form, and the diverse qualities of the sea.  She lives on the coast and is an experienced sailor.

Gomez describes herself as having been ‘captured’ by the ease of throwing.  Her vessels are thrown in several sections to keep the walls beautifully thin. Each part is carefully stacked on the wheel with the final section having a hole in its base- which becomes the opening of the vessel when flipped. In some works the torn porcelain is left untouched and untrimmed, as are the seam junctions, highlighting  the strength of the fired material.

Gomez studied an MA in ceramics and glass at the Royal College of Art, graduating in 2010.  This is her first solo exhibition at Beaux Arts.